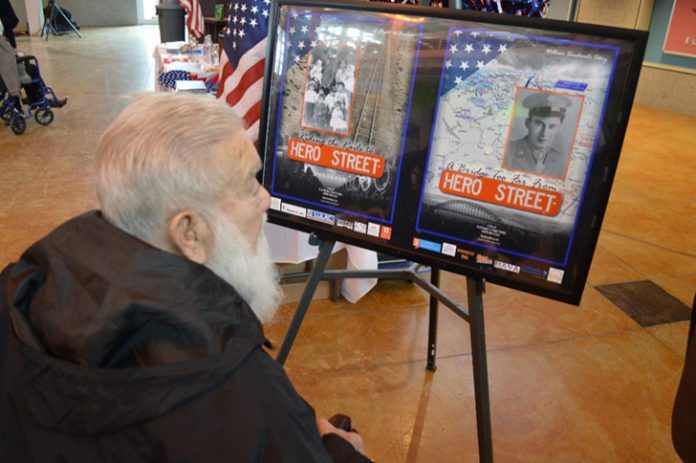 The new films premiered on November 10, 2019 on the Putnam National Geographic Giant Screen Theater to an audience of 300. Both films feature interviews with family and friends of the heroes.

“Riding the Rails to Hero Street” explores the immigrants’ journey from Mexico to the Quad Cities segregated communities of Cook’s Point in Davenport, Holy City in Bettendorf, and the Chicago, Rock Island and Pacific Railroad yard in Silvis, Illinois. Featured interviews include Latino Studies professor Brian Behnken of Iowa State University and Marc Wilson, the author of “Hero Street, U.S.A.”

“A Bridge too Far from Hero Street” tells the story of Pvt. William “Willie” Sandoval who was assigned to Co. F, 504 Parachute Infantry Regiment, 82nd Airborne Division and became part of the ill-fated Operation Market Garden plan. The day after his 21st birthday, Willie was one of 20,000 paratroopers who leapt into the sky over German-occupied Holland on September 17, 1944.

“A Bridge Too Far From Hero Street” features commentary by historian John C. McManus, the author of “September Hope: The American Side of A Bridge Too Far.” Acoustic guitar music was provided by Joe Soliz whose great uncle Claro is among the Hero Street Eight. Quad Cities’ artist Bruce Walters created original art for the film.

Only a block and a half long, Hero Street in Silvis, Illinois lost six young men in World War II and two in the Korean War, more than any other street in America of any size. Hero Street has provided over 100 American military service members since World War II.

The Rundles’ Hero Street proposed ten-part documentary series, will explore the personal and family sagas behind each of the eight heroes and tell an unforgettable true story of American courage, character, and perseverance. “Letters Home to Hero Street” (co-produced with WQPT) was the first film created for the series, and it received a Mid-America Emmy-nomination. “Letters Home” is available with lesson plans to teachers nation-wide via the PBS Learning Media website. 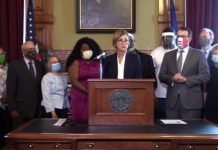