The family of Jose Andrade-Garcia were left reeling when he unexpectedly died in May of 2020 from a serious case of COVID-19, which he contracted attending a crowded luncheon organized by his employer of over 20 years, JBS in Marshalltown. Earlier this month, his family filed a wrongful death lawsuit against the company.

Although Gov. Kim Reynolds declared a public health disaster emergency for the state of Iowa on March 17, 2020, limiting gatherings to only 10 people, JBS threw what was deemed a “superhero” lunch for their employees, giving away free New York strip steaks and sides and posting photos on the company’s Facebook page on March 25, 2020.

Andrade-Garcia attended the lunch and began feeling sick during the second week of April, according to the court filing for the case. He was later hospitalized that month, first at UnityPoint in Marshalltown and eventually at the University of Iowa Hospitals and Clinics. He remained there until May 15, 2020, when he passed away.

“Decedent Jose Andrade-Garcia was the victim of the Defendants’ deliberate decisions to value their own corporate profits above his health, safety, and ultimately, his life,” the court filing for the case reads.

Attorneys Brent and Kristie Welder with The Welder Firm in Kansas City, Mo. and Nick Rowley with the Decorah-based Trial Lawyers for Justice will be representing the family in the lawsuit.

Brent Welder, who is originally from Marshalltown, said Andrade-Garcia’s family is hoping to find justice and peace of mind with the case.

“There’s no way, unfortunately, that they can bring their father back, and so when you’re faced with that reality, the only thing you can try to seek is justice,” Brent Welder said. “Justice can come in a lot of forms. It can come as financial compensation as well as — it’s very important to the family to try to make a difference so that this kind of thing never happens to another worker again.”

During the luncheon JBS hosted, there were no social distancing measures, no face masks and no barriers between employees. The filing also charges that sick employees were expected to work while they were sick as the company utilizes a points-based attendance policy.

For each day of work an employee misses, they receive a point, and when they reach seven points, they could be terminated. While an employee could miss work without accruing points if they tested positive for COVID, they would still have to work while they waited for their results.

“While Jose Andrade-Garcia and his coworkers slaughtered and processed animals for (the) Defendants’ corporate profits, they themselves were being led to the slaughter by Defendants’ recklessness and greed,” the filing reads.

According to his attorneys, the attendance system is one of the reasons Andrade-Garcia continued to work when he felt sick because he feared he would be fired. The court filing says that JBS temperature scanners did not show any abnormalities in Andrade-Garcia’s temperature, so he continued to work until April 13, 2020, when he began experiencing extreme chest pain and was rushed to the local UnityPoint Hospital.

While Andrade-Garcia fought for his life, the Iowa League of United Latin American Citizens (LULAC) filed a complaint against JBS with the Iowa Occupational Safety and Health Administration (OSHA) citing unsafe work conditions.

This lawsuit was filed on April 4, 2022, and a trial date has not yet been set. Brent Welder said they are currently “further bolstering” their case by reviewing all documents, photos, and witness statements, among other things as part of an effort to “leave no stone unturned.”

“I grew up in Marshalltown and went to Rogers Elementary School and Miller Middle School and still go back and visit often. So I know workers and families of workers that have worked at this plant for a long time, and I’ve always heard about the conditions of the plant and how inhumane they were,” Brent Welder said. “For that reason, it just brings even more honor to me, as someone who grew up in Marshalltown, to be able to represent this family in these incredibly difficult circumstances.”

Andrade-Garcia is survived by his wife and six children. His daughter Maria Andrade is the administrator of his estate and is pursuing reparations for emotional and financial damage suffered by her family after Andrade-Garcia’s death.

At press time, a local spokesperson at JBS had not responded to a request for comment. 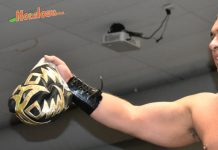