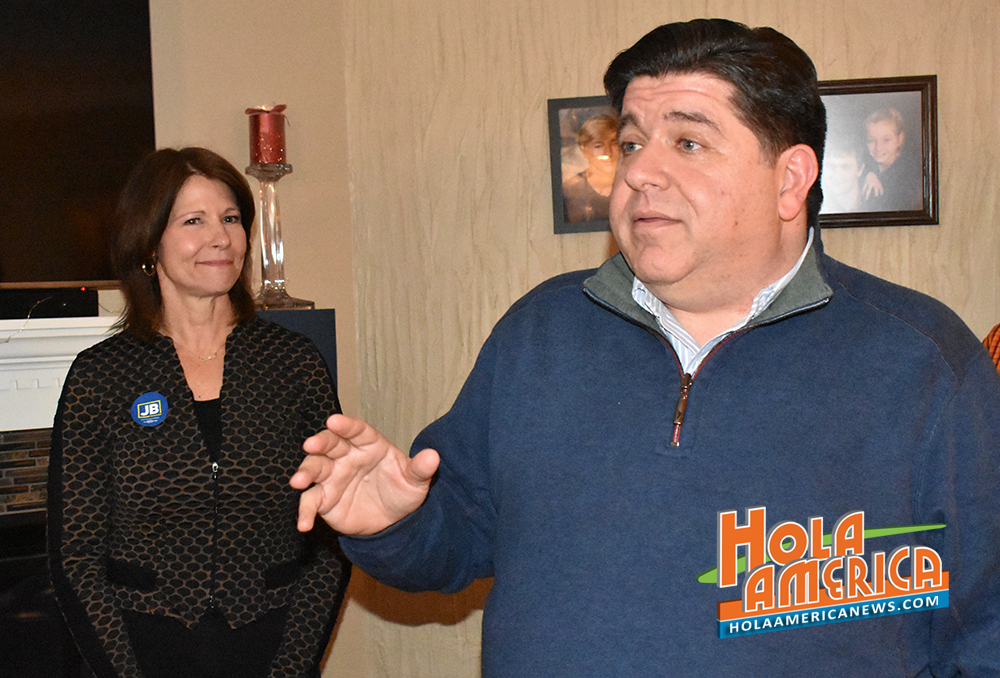 Primary Elections in Illinois are Tuesday March 20, 2018. JB Pritzker is one of the candidates vying to be the Democratic candidate on the general elections in November, 2018.
One of the questions I want to ask you is: In your opinion what are the issues of importance to the Latino community in our state of Illinois?

Well, first of all thank you, Tarsicio, thanks for opportunity to speak to your readers. Let me begin by saying, we have some real challenges in Central and Southern Illinois outside of Cook County and other counties. Those challenges include job creation, nobody has created jobs in years, frankly. It was bad before Bruce Rauner came into office, but it got worse under Bruce Rauner. So we need to create jobs and we need to make sure we are expanding healthcare. And then of course our education system is sorely in need of funding. Making sure that we have quality education for every child.

For the Latino community all over the state I would say the following, first of all, there are so many people in the Latino community who have a creative entrepreneurial spirit to start companies, to build companies and who are so industrious, and yet nobody really stands on their side, nobody is standing up for them, helping them create jobs or helping them to expand opportunity in the community across Central and Southern Illinois. And one of the things I really believe in is having the state stand up for small business creation or startups or people with creative ideas that can be useful to create the jobs across Illinois.

So I am gonna say specifically about Latino community that it’s been one of the most industrious and creative and entrepreneurial communities around and I want to stand up for that.

Second, Donald Trump, I believe is a racist, xenophobe and I believe we need the governor who is going to stand up and speak out against Donald Trump’s horrible rhetoric with regard to the Latino community and all immigrant families, you know, my own family immigrated to the United States as refugees, really not immigrants in a traditional sense, but refugees. If we did not come to the United States we would have been killed, if not for the welcoming nature of the United States government and the government of the state of Illinois. My great grandfather arrived here and he had nothing and he was able to get good public education. He was ten years old when he arrived and he did not speak English. he got a public education, he got a public university education and he was able to succeed in this country because of the bounty of the people of Illinois and people of the United States who were willing to bestow upon the immigrant kid. And so I feel very strongly today that it is our obligation to stand up for families who are immigrant families and whether they are documented or undocumented. And I believe you want the governor who is going to stand up for the DREAMers and DACA recipients and immigrant families across the state who, many of whom feel afraid today. They are concerned for themselves, even if they are documented, even if they are legal, even if they are citizens, they feel afraid and that’s not right. And then of course many undocumented who feel afraid because, at this point, they are being rounded up.

He will not succeed if you will elect a new governor in me. I am going to make sure that we are not sharing these databases with the federal government. We are standing up and forcing the trust and I believe there is so much more we could and should do. For example, Donald Trump thought of having some kind of registry for people of certain backgrounds. I’ve heard of his idea of Muslim registry, for example. And I don’t think he is going to stop there. So I believe first we should pass the law that says that there are no registries in the state of Illinois allowed and we keep them out of the state but even if we are not able to do that I will make sure as governor to speak out and to be the first one in line to register as a Muslim if necessary and I would encourage everyone in the state to go register as protest. Now, it’s… it’s… it’s frightening I think for the people of what is being put upon families in Illinois and once again you want a governor who has the heart and the understanding that our undocumented immigrants that are here in the state deserve, that they are human beings who have the rights that we should protect. I want to protect everybody in the state of Illinois.

Whiteside County and people from Rock Island County, those are heavily Latino communities and sometimes we are forgotten.

In your campaign, is it part of your strategic plan to reach out to these Latino communities?

We’ve been doing several things to make sure we are reaching out to the Latino community down state. One of them of course we are doing some advertising particularly Latino channels to make sure we are reaching them, whether they are in Spanish or in English. Or making sure we are online, facebook and twitter and snapchat and, you know, all the various platforms. And I think our messages are about what I intend to do as a governor are getting out to the people in the Latino community we have seen in the polling data we are doing pretty well among the Latino population in this part of the state and very proud of the endorsements of so many Latino leaders across the state. Including some of the most famous ones, like Luis Gutierrez, for example, I’ve spent most of my focus, as I was thinking about running, outside of Cook County  and collards. Because the 96 counties outside of Cook and the collards  are very important and I think Democrats sometimes forget that. So I have traveled more than any other candidate, including Bruce Rauner, across central and southern Illinois and in those 96 counties. We have built a political operation to reach everyone in all 102 counties. There’s no candidate that’s running has done what we have done to reach out to voters and get them engaged and get our voters to vote. 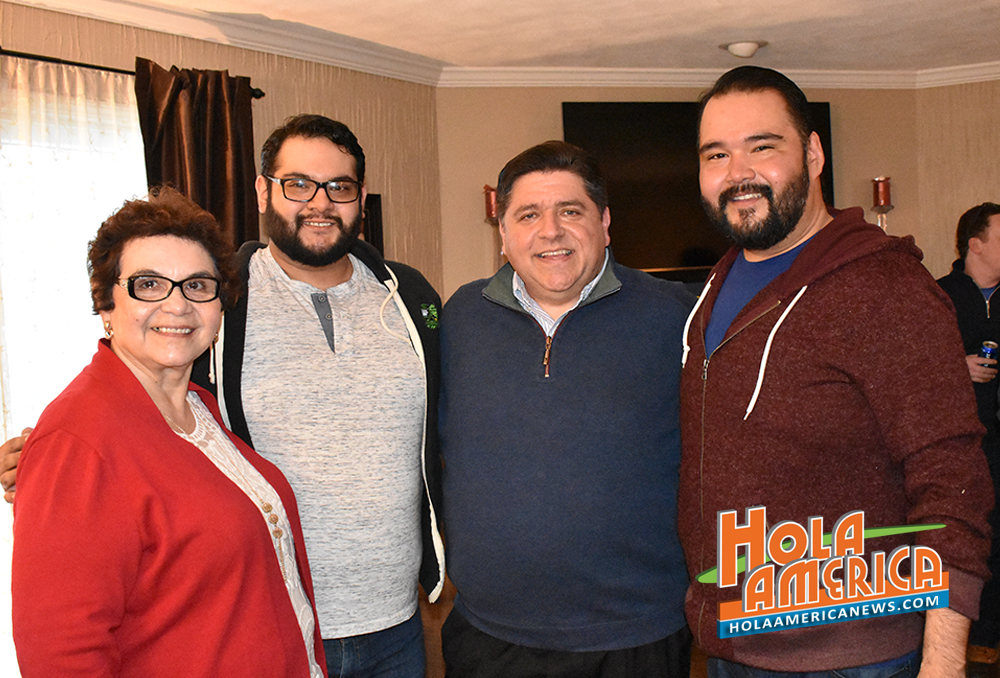