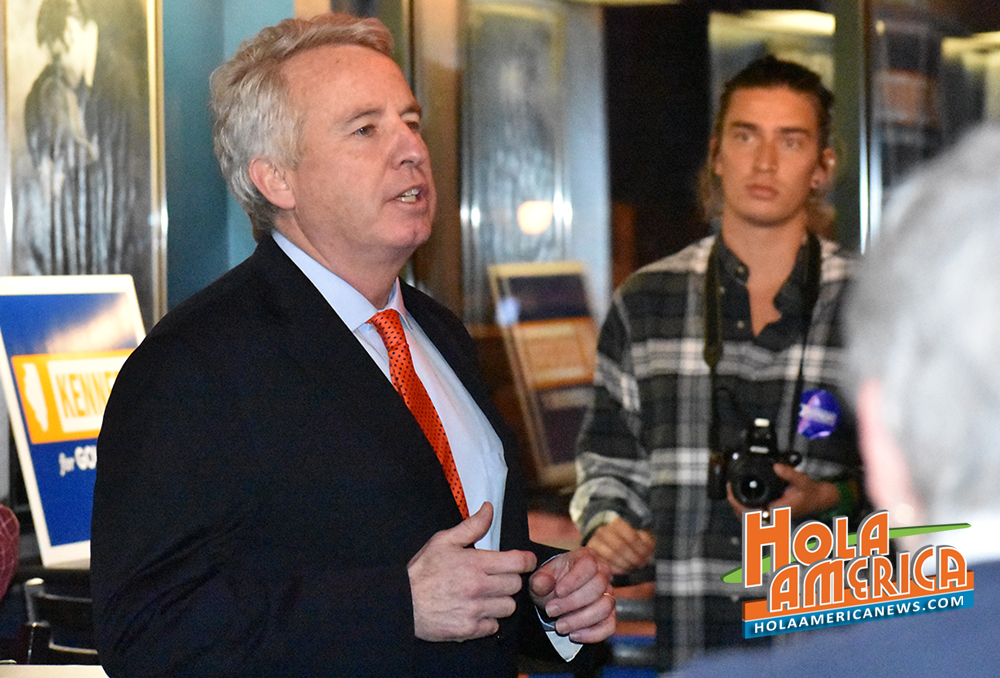 Primary Elections in Illinois are Tuesday March 20, 2018. Chris Kennedy  is one of the candidates vying to be the Democratic candidate on the general elections in November, 2018.

Mr. Kennedy what is the greatest problem we are having in the State of Illinois?

The largest problem we have is the way we fund education. We fund education in the state with local property taxes and that might have been fine 50 years ago, when the wealthy people lived among everybody else, but there has been economic segregation and the rich live among the rich and the poor live near the poor. So unless you are in the richest community you have no access to the tax base to fund the schools to make everybody have an equal chance and that is wrong and that’s not what we believe in America. We believe everyone should have an equal chance. So we need to fund our schools with state support but our elected officials make money as property tax appeals lawyers they are making money on the system preventing us from  fully funding our school with an income tax.

What would be the biggest difference between you and your opponent JB Pritzker?

JB Pritzker has been brought in by the establishment to protect the establishment. He is there to protect the status quo. Is you listen to the tapes you know that in his heart he does not care about the people that the democratic party has always stood for: immigrants, minorities, people of labor. He laughs at people who lose their homes, he mocks people who lost their money and savings and I don’t believe that’s the sort of Democrat that we should have.

If you win the primaries and you win general elections what the first thing you would do?

Politics in Illinois have become very elitist. Do you think this the reason people are disconnected?

I think people want hope, they want solutions. They are sick of fighting and they are sick of insiders making money off the political systems. Democrats believe that the government can be our ally and that it can educate our children and keep our communities safe and that it can take care our elderly parents and get them healthcare and retirement, but instead in this state the Democratic party is enriching itself. People are making money as property tax appeals lawyer and making money as elected officials and we should not allow them to have that kind of conflict of interest.

Is having the right governor of Illinois is the solution that fix Illinois?

I think people have made a lot of sacrifices in Illinois, but for the past 15 years there haven’t been a lot of move forward and that’s why we see a lot of people move to the neighboring states to Iowa to Wisconsin and different states. What is it going to take to stop the bleeding of having people leaving Illinois?

You know we propelled, we prevented people from being part of the political process. The insiders are keeping others out. So instead our young people are voting with their feet, they are leaving our state.

Unless we open up our political process so that everybody has an equal chance to participate then they too will leave the state. Next generation the millennials, they don’t believe in racism, they don’t believe in sexism. They believe in gender equality. They are not haters, they are hopers and if they can’t find hope in our state they are going to go elsewhere and we’ll lose them. And I don’t want to die along and I want my children around and my grandchildren too. And I think that is the same wish, the same hope that all of us have.

Anything that you would like to let our audience know, the Latino community of Western Illinois?

One of my father’s greatest friends was Cesar Chavez and we joined the great boycott when we were just kids and I organized the second great boycott in Chicago in the late 80, early 90s. I marched with Cesar in Chicago and I went to Delano, California and I joined that fast for him and people of the Latino community particularly Mexican immigrants to the United States have been part of our family, the American family, forever and we want to keep them as part of the Kennedy family too. 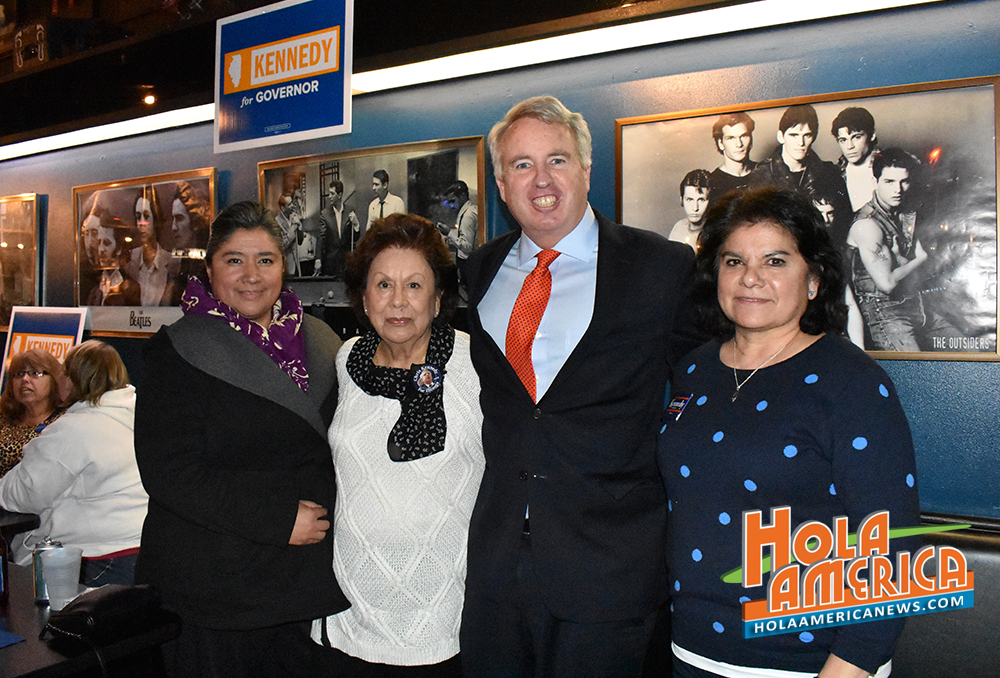