The National Eating Disorders Association recognizes 3 types of eating disorders: Anorexia Nervosa, Bulimia Nervosa and Binge Eating Disorder. Each disorder presents specific symptoms:
Anorexia Nervosa is a serious eating disorder, which is life-threatening. The person suffering from this disorder will present self-starvation and an excessive weight loss. Some of the symptoms of this disorder include: Fear of weight gain and resistance to maintain normal body weight, denial of the problems that may result from low body weight, and loss of menstrual periods, in the case of females.

There are some signs that parents and educators should pay close attention to, such as: intense weight loss, excessive preoccupation with calories and food, dieting; refusal to eat some types of food, increasing the restrictions against carbohydrates, fat, etc.; constant worry about feeling “fat”,  denial of hunger, eating rituals, such as separating food on a plate, following a specific order to eat a meal; avoidance of meal times, excessive exercise routine, and constant thought of “burning calories”. As Anorexia Nervosa involves self-starvation, the person’s body lacks the basic nutrients to be able to function normally. As a result, the body alters normal functioning to conserve energy. This process can result in dangerous medical problems, such as, heart failure, low bone density (osteoporosis), kidney failure, fainting, and hair loss.

Based on Statistical studies developed by the American Psychiatric Association (1994), 90 to 95% of people who suffered from Anorexia Nervosa are female. Between .5 to 1% of American women suffer from anorexia nervosa. It is one of the most common psychiatric diagnoses in young women. Between 5 to 20% of people dealing with anorexia nervosa will die. It usually starts in early to mid-adolescence.

Bulimia Nervosa is an eating disorder in which the person has cycles of binge eating and behaviors to self-induce vomiting to compensate the effects of the binge eating. Some symptoms of Bulimia Nervosa include: Frequent intake of great amounts of food, followed by a feeling of loss of control over eating behavior, constant vomiting, abuse of laxative or diuretic, fasting or excessive exercise, and an immense worry about body weight and shape.

Some signs of Bulimia Nervosa include: evidence of binge-eating, evidence of purging, frequent visits to the restroom after eating, staining of teeth, and withdrawal from friends and activities. Bulimia Nervosa can be very harmful to the body. The repetitive cycles of “binge-and-purge”, excessive eating and vomiting, can harm the digestive system and can cause chemical imbalances in the body, affecting major organ functions. Some dangerous consequences of Bulimia Nervosa are inflammation and possible rupture of the esophagus due to constant vomiting, tooth decay, and chronic irregular bowl movement, as a result of excessive use of laxatives.

1-2% of adolescent and young adult women are affected by bulimia nervosa. About 80% of patients are female. People who have bulimia nervosa usually appear to have average body weight. Bulimia nervosa is usually associated with symptoms of changes in social adjustment and depression.

Binge Eating Disorder (BED) is a “type of eating disorder not otherwise specified” (National Eating Disorder Association). It is characterized by repetitive binge eating without the use of a compensatory measure, such as vomiting or the use of laxatives. People who suffer from Binge Eating Disorder usually eat large amounts of food in short periods of time. The person feels incapable of controlling the eating behavior, and usually feels ashamed and/or disgusted by his/her own eating behavior.  Other behaviors include eating in secret, and also eating when not hungry. Clinical obesity may be a consequence of Binge Eating Disorder. Some of the serious health problems of binge eating disorders include: high cholesterol level, high blood pressure, heart disease, diabetes mellitus, and gallbladder disease.

Overweight is not considered an Eating Disorder, but it can be caused by Binge Eating Disorder. Obesity is characterized by excess of body fat, which has accumulated, causing various diseases, such as, cardiovascular problems, diabetes mellitus type 2, certain types of cancer and osteoarthritis (National Institute of Diabetes and Digestive and Kidney Diseases). Most causes of obesity are explained as a result of a combination of too much caloric intake, lack of physical activity and genetic susceptibility.

It is important to know that Eating Disorders are not a choice, individuals develop the disorder over time and appropriate treatment (usually medical and psychological) is required to deal with the problem.

The holidays are especially difficult for individuals dealing with Eating Disorders, considering that “food” is one of the main focus of parties and family reunions. Becoming aware of the signs of eating disorders and understanding the emotional issues that are related to them, are helpful.
Most specialists agree that the chance for recovery of eating disorders increases if they are detected in earlier stages, therefore the great importance of learning about them. 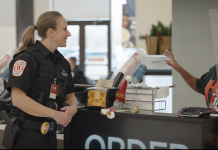