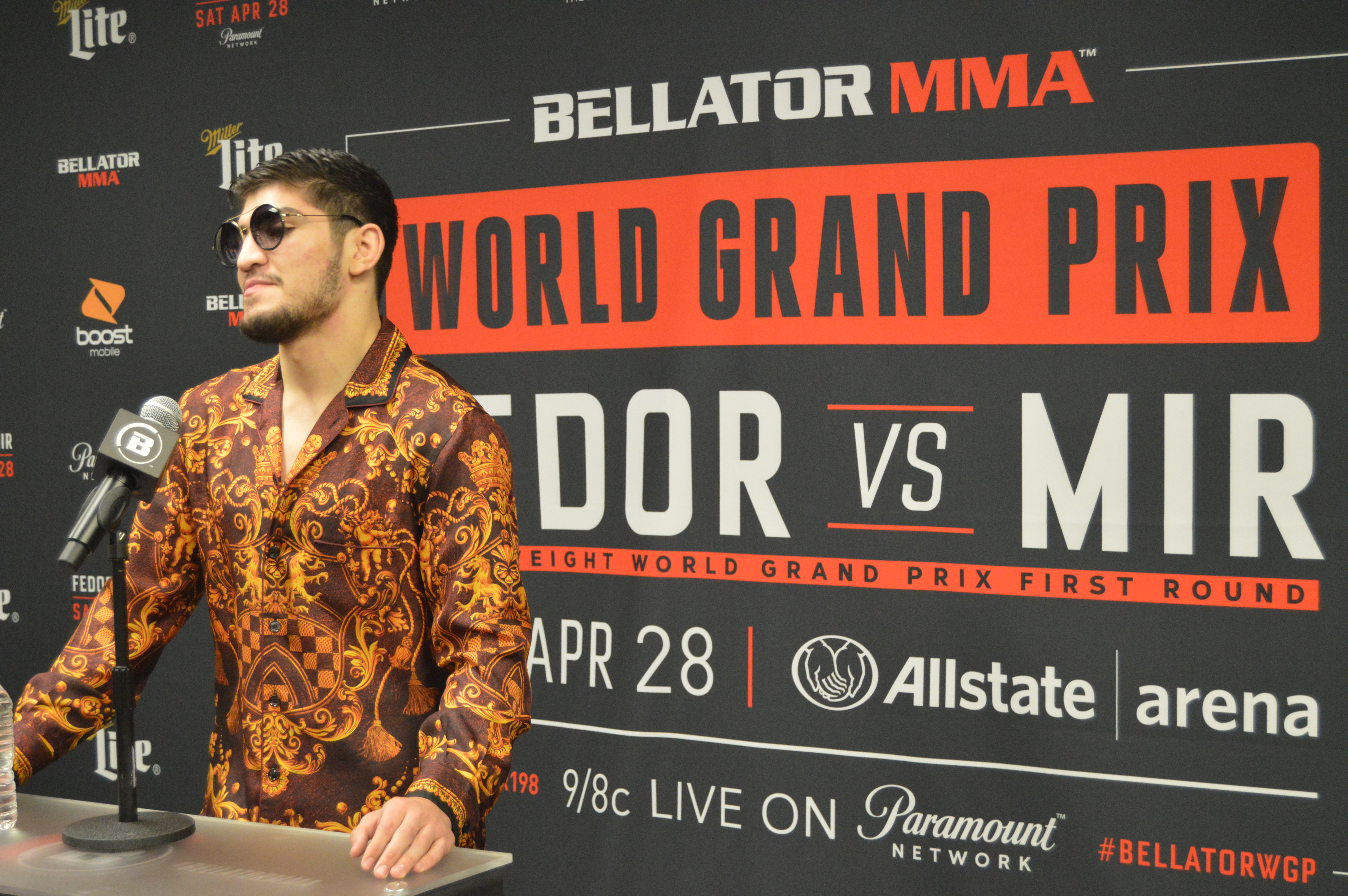 All eyes were on grappling ground wizard and Conor McGregor teammate Dillon Danis (1-0) as he made his MMA debut at Bellator 198: Fedor vs. Mir last Saturday night in Rosemont, IL. And taking a page from his Irish training partner’s playbook during fight week, he has already become Bellator’s new fighter you love to hate. “He talks a lot of trash,” said Bellator President, Scott Coker. “He’s going to have some people hating on him, but I love it all. We’ll put him in some good fights in the future. He’s going to have his hands full.

Coming into the fight, Danis was not short on words on his new role as a Bellator fighter and was definitely confident about how his first official fight in mixed martial arts would play out. “I said I would finish him in the first round and I did,” said Danis. “I’ve been envisioning that moment since I was fifteen years old. I basically made this card.”
His win over Kyle Walker, now a few days in the past, has garnered a lot of talk from media and fighters alike about how Walker came in with a losing record and seemed to be an obvious gimme fight for Danis. And even though Walker was able to land some big shots in the few seconds of the fight, he still succumbed to a submission loss to Danis. “A lot of jiu-jitsu guys would have crumbled under that shot and look for a way out,” said Danis. “I kept going, I got him to the ground and I finished it.”

Wasting no time, Danis has already called out his next opponent, ONE FC welterweight Ben Askren. And it has the MMA world itching to see it but also scratching their heads due to the improbity of the two fighting as they are in different organizations amongst other things. But Askren did respond to the call out on Twitter after the fight. “There is a reason why he responded,” said Danis. “He knows he has no leg lock defense and he’s scared of the ground. He knows what the real (explicative) is.”

Whether fighting Askren in the future or anyone else in the welterweight division, Danis has made it very clear that he wants his name to be remembered for not only his work inside the cage but what he does outside of it as well. “It was good to show everyone I’m here to fight,” said Danis. “I believe that my guard is good enough to submit anyone in the world.”