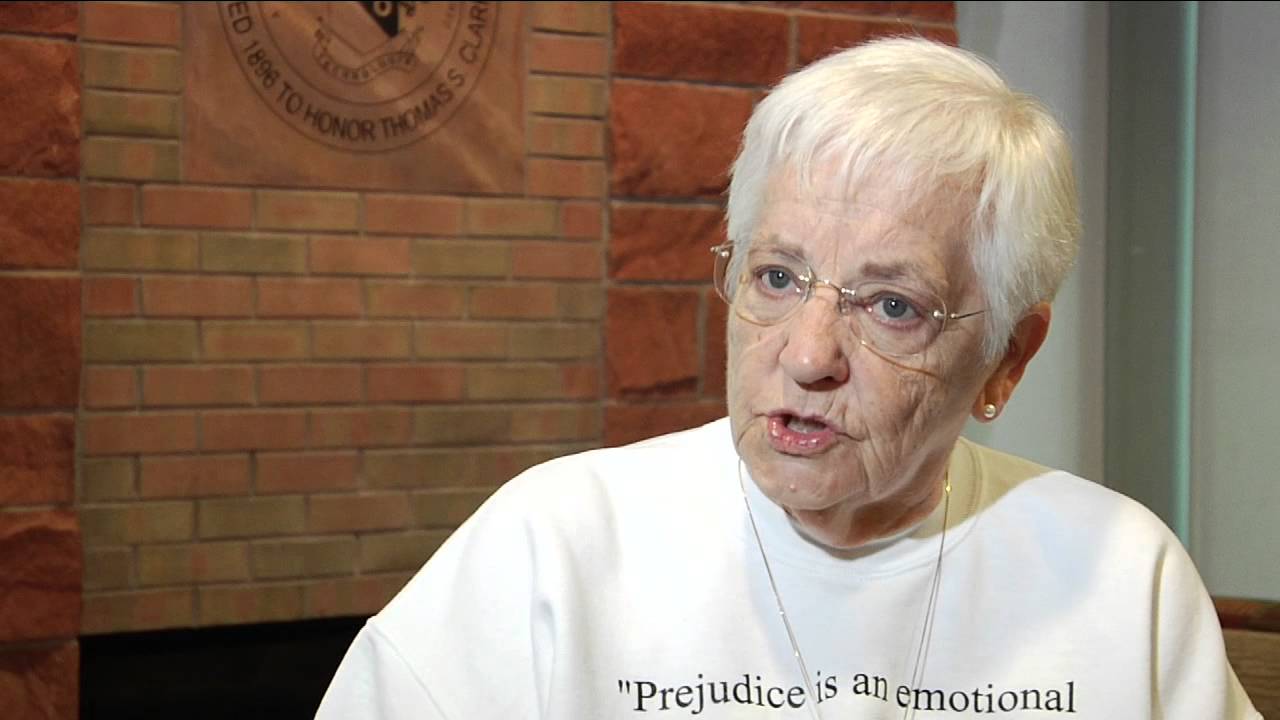 The event is free and open to the public. Elliott’s presentation is sponsored by the St. Ambrose University School of Social Work, the SAU Psychology Department, and Intercultural Life and partially funded through the Kokjohn Endowment.

Elliott is famous for her Blue Eyed/Brown Eyed exercise in discrimination. It was first done in the 1960s with a third-grade class in Riceville, Iowa. The exercise labels participants as inferior or superior based solely upon the color of their eyes and exposes them to the experience of being a minority.

It has become the foundation for Elliott’s career in diversity training.

During the three-hour presentation at St. Ambrose, Elliott will explore the problems of racism, sexism, ageism, homophobia and ethnocentrism, and discuss the personal responsibility we all have to illuminate prejudicial behaviors and eliminate them within our environment and ourselves.

Elliott developed the Blue Eyed/Brown Eyed exercise in the aftermath of Martin Luther King’s assassination. While watching television on April 4, 1968, she heard a white reporter ask a local black leader: “When our leader (John F. Kennedy) was killed several years ago, his widow held us together. Who’s going to control your people?”

In response, Elliott made a commitment to educating her students about the negative effects of discrimination. As word spread about the exercise, Elliott received positive and negative feedback from parents, adults and community leaders. She began appearing on television and holding diversity training for professionals. On Dec. 15, 1970, Elliott presented the exercise at The White House Conference on Children and Youth.

Peter Jennings featured Elliott as an ABC “Person of the Week” and textbook editor McGraw-Hill lists her on a timeline of notable educators along with Confucius, Plato, Booker T. Washington and Maria Montessori. She has presented at more than 350 colleges and universities and appeared five times on The Oprah Winfrey Show.