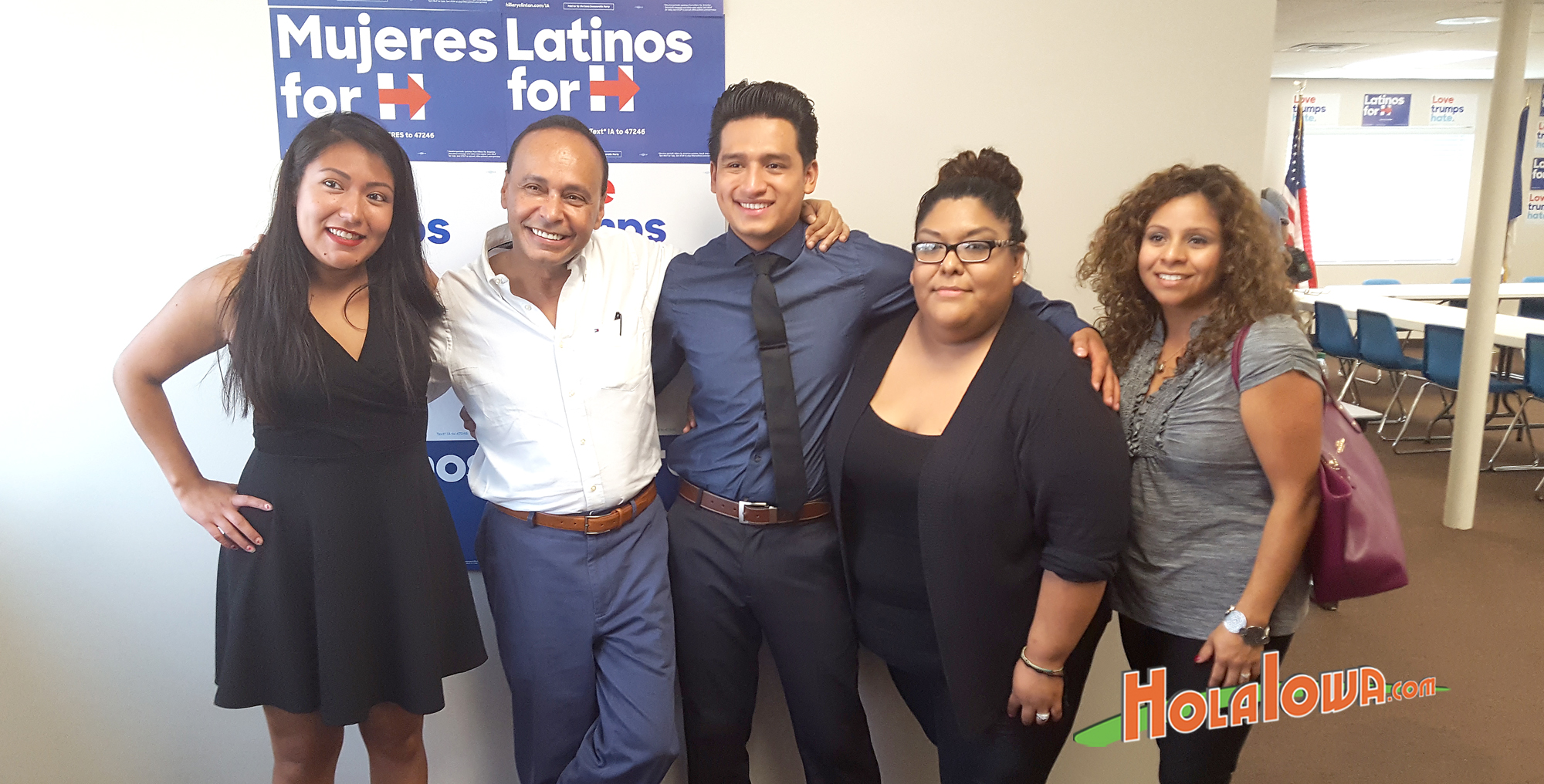 On Saturday September 24 U.S. Congressman Luis Gutierrez was in Des Moines campaigning for Hillary Clinton. Gutierrez met with more than 30 Iowa Latinos, including DREAMers (DACA – Deferred Action for Childhood Arrivals recipients), who shared their story of being proud Americans, but who live in fear of having their families torn apart and face increased prejudice because of the influence of Donald Trump’s hateful attacks against Mexicans and immigrants.

Iowa Dreamer and Law student at Drake University Jose Garcia Fuentes and Maria Gonzales, Dreamer mother of two and wife to a US citizen, both gave their testimonials of being raised in a country they call their home and about the discrimination they have felt particularly this past year.

“There is a lot at stake. You have a campaign of hate and division of vitriolic, ugly language campaign and you have a campaign of hope of unifying our community” Gutierrez said comparing the Republican and Democrat presidential candidates. “Starting the 29th of September you have the ability to define the future of our nation. Get out and vote” he added encouraging everyone to vote early.