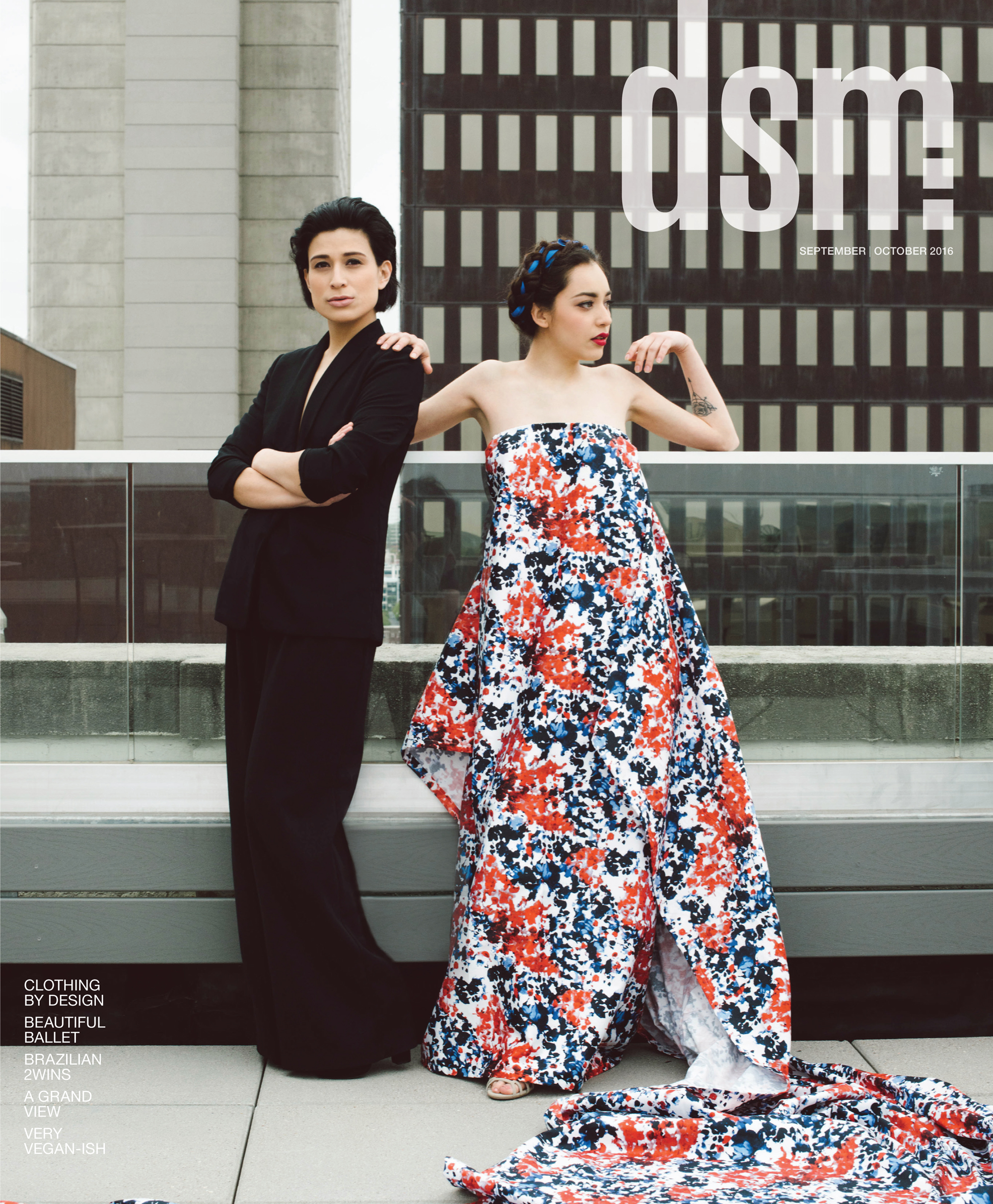 As a child in Guadalajara, Mexico, Laura Rodriguez was mesmerized by how her mother dressed for dinner parties. “I watched my mom getting ready … and it was so dreamy,” says the now-26-year-old Rodriguez. “She looked like a movie star.”

Her glamorous mother and eclectic, folksy grandmother inspired Rodriguez to become a clothing designer. A visit to a dress shop with the two women when she was 6 further sparked her imagination. As her mother described a dress

design, the store owner sketched his ideas on a large pad of paper. “Fifteen minutes later he turned the paper, and voila!” Rodriguez recalls. “I remember hearing the pencil scratching on the paper, and knew that I wanted to be a designer.”

After that visit, she taught herself to draw and, at age 8, started sewing by making clothes for her Barbies. Since then, her ambition and passion for design have never wavered, even when she moved to the United States as a high school sophomore without knowing English.

Throughout that adjustment and other challenges, Rodriguez has remained resolutely optimistic. “As my mother once told me, ‘Do your work with a little heart and a lot of passion,’ ” she says.

Rodriguez, who began participating in fashion shows at age 18, specializes in dressmaking, from flouncy minis to grand gowns. Her gowns marry crisp neutral palettes with vibrant patterns, bringing to life a strong Southwestern influence. Overall, she says her “big plan” for the next couple of years is to create a fashion label dedicated to preserving, revitalizing and maintaining the textile heritage of indigenous communities in Mexico and Guatemala.

The clothing varies in price, as each piece is handcrafted individually for the model or customer. “I don’t make easy pieces or ready-to-wear,” Rodriguez says. “It doesn’t give me the same satisfaction.”

At press time, Rodriguez had just released LR + MINI, a brand that offers clothing and accessories for kids. Her own children—6-year-old twins Azul and Luca—have provided inspiration for the new collection.

“The older I get, the more peace of mind I have about what I’ve done,” Rodriguez says. “I have never stopped dreaming and have molded my own reality—getting older, having kids and making Des Moines my home.”

Reprinted with permission by dsm Magazine

What is Laura Rodriguez working on now?

“I’m currently taking “Sin Documentos” my latest collection in tour next stop this weekend is in Omaha, Nebraska. At the same time I’m working on releasing the fall collection for LR + MINI a kidswear collection that I started at the beginning of this year. LR + MINI is a tribute to my children, their imagination, personality and creativity. I always wanted to create unique and eclectic clothes and accessories that could make them feel like travelers around the world.”