A Boone Police Department officer died Saturday in a car crash, the department announced on Facebook.

Mario Gonzalez  has worked as a part-time officer for the Boone Police Department since 2019, according to a Facebook post from the department. Gonzalez worked full-time for the department from August 2016 to October 2019.

He was also a member of the Iowa Army National Guard. The post said Gonzalez was killed Saturday in a traffic crash. He was not on duty at the time, according to the post.

No other information was immediately available.

Through Nov. 19  312 people had been killed in traffic crashes in Iowa, 26 more than at the same time last year, according to the Iowa Department of Transportation.

Philip Joens covers breaking news for The Des Moines Register. He can be reached at 515-443-3347 at [email protected] or on Twitter @Philip_Joens. 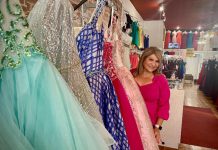