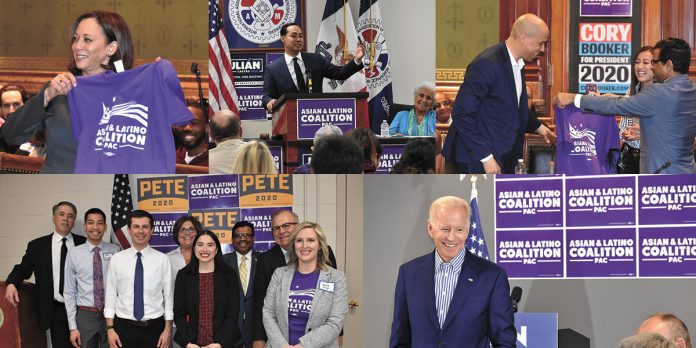 The yard signs, the social media and phone marketing efforts, candidates criss-crossing Iowa’s rural communities and cities – politics would seem to be never ending. And in Iowa, that effort is intensified with the number of presidential candidates speaking to small and large gatherings – from one person’s living room to a large auditorium filled with spectators.

Add in municipal and school board elections, and it’s enough to keep some people tuned out or disengaged with the whole political process.

But the Asian and Latino Coalition (ALC), a registered Iowa political action committee, wants to change that. They believe now, more than ever, that Iowans of all stripes and all backgrounds need to be empowered, informed and engaged about politics at all levels – whether it’s a school board election or voting on who should reside at 1600 Pennsylvania Avenue in Washington, D.C.

The coalition, since its inception in 2015, has grown into a powerful political player, promoting civic participation by the Asian and Latino communities in the state, as well as all those who have good ideas about making society better for anyone who calls Iowa home.

Prakash Kopparapu, organization chairman of the coalition, said the ALC, is working hard to engage all groups to be a part of the political dialogue, while encouraging visibility and acceptance of those Iowans who have good ideas that need to be instituted.

The ALC, Kopparapu said, has members from all walks of life, meets with candidates and helps those who are seeking public office for the first time, meeting with those who have new ideas about the issues important to Iowans.

But less you think this is just about minority groups in Iowa.

“It’s not about ethnicity, but it’s about the ideas you bring to the table – caucasians, Asians, Latinos, African-Americans – where are the good ideas coming from,” Kopparapu noted.

The coalition, in fact, is made up of multiple ethnic groups, both men and women, gay, straight – again, anyone who calls Iowa home. And that means candidates who seek out support from the ALC, needn’t worry about their background, but rather just focus on the ideas they want to push forward at the local, state or federal levels of government.

“We desperately need good ideas, solutions” on a wide variety of issues, Kopparapu said. “Those ideas can come from anyone, any group.”

The ALC, which began with only a handful of members, wields a great deal of influence – candidates the coalition endorsed in 2018 were all victorious, with no regard toward ethnicity or race.

And while the Democratic-leaning organization is hopeful that more minorities step forward in the political process, candidates, regardless of background and with good ideas, will gain the ALC’s support.

“That’s the misperception (about the coalition),” said Kopparapu. “As a coalition, the majority of candidates we supported were caucasians. We see who the best candidates are, who is the most active, who has the best solutions.”

Earlier this year, the ALC backed Sen. Kamala Harris of California as its choice for president.

The board then discussed the merits of the four candidates and voted to back Harris.

“Sen. Harris gained the maximum vote,” said Kopparapu. “She’s very strong, her message is really strong. She doesn’t mince words and calls it as it is.”

The ALC noted that Harris’ health care proposal was one they favored, in part because it supported health care for all, but also accommodated union and private insurance plans and that the government should only play an oversight role in making sure health care works for all Americans.

Kopparapu said the ALC also believed Harris was strong when it came to the U.S. immigration issues, be it for both legal and undocumented immigrants, while also addressing border security fairly and humanely.

And finally, Kopparapu conceded the ALC board also liked the idea that Harris could be the nation’s first female president.

“She’s a really strong candidate. She can take us all the way into the next election,” he said.

Kopparapu said while health care and immigration is important, the ALC also wants candidates, whether it’s presidential candidate or those seeking office at the statehouse, to focus on voting rights and gerrymandering.

He said the ALC has noted that while there are concerns about gerrymandering and voter suppression issues that have made headlines across the nation, few ideas and solutions have been put forward.

“We all know it’s bad, but few (candidates) are talking about how they are going to prevent voter suppression – this needs a lot more discussion – it could define our democracy,” Kopparapu said. “It needs to be highlighted more. Our demographics is what’s scaring Republicans.”

Ultimately, the ALC will continue to grow, Kopparapu said, and the coalition will be active in all aspects of local, state and national politics, including the organization of debates and candidate forums (including one for the Des Moines mayoral race that they hosted last month).

“We want to continue to be on the forefront (of politics in Iowa),” he said. “Our goal is to ensure that everyone can participate.”

16 Presidential Candidates in total met with the Asian and Latino Coalition this year. Five of them visited twice and three of them three times. 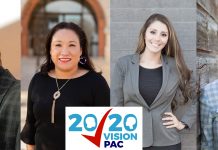 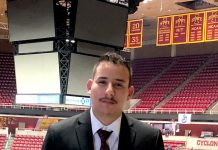