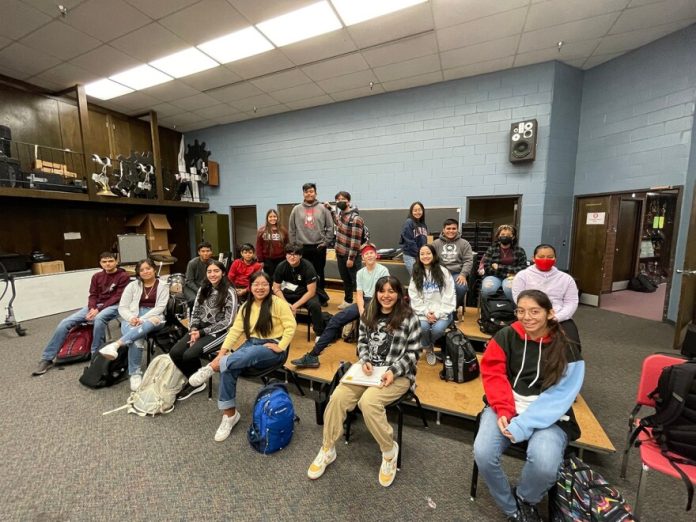 Ottumwa High School band teacher Troy Gerleman opened the doors to the rehearsal room after the bell rang on a Tuesday afternoon. He was about to host a meeting with students to see if there would be interest in starting a school mariachi band.

Mariachi is a genre of music traditional to Mexico. And a little more than a quarter of the district identities as Hispanic. Gerleman said one day, he noticed only about 6 percent of the concert band was Hispanic, and he wants the band to reflect the diversity of the district.

“So it kind of hit that: how are we losing all of these students when it’s such a rich musical culture? So we can do some brainstorming like, how can we try to reach out to some of these kids and get them into band?” Gerleman asked himself.

So he met with other staff, including with the superintendent’s office, who all agreed the new option would benefit students.

Gerleman was expecting maybe five students to show up. Instead, 20 came.

“When we had the meeting, the kids came in, I was really blown away with how proud they are of their heritage. I was asking them questions about some vocal exercises that they do,” Gerleman recalled. “I didn’t have to coach them, or beg them to try it. They were just demonstrating for me, and they’re really proud to showcase what some of the mariachi techniques are all about.”

Gerleman explained how the learning curve for him with mariachi will be pretty steep, but he has support from the students, the parents and other teachers. The orchestra teacher and choir director will help Gerleman prepare and train the students. Mariachi includes string instruments and vocals, unlike traditional concert band.

“I had teachers that were responding like, ‘This is a great, great idea, like long, long time needed idea.’ So, there was a lot of support from our teaching staff to kick this off the ground as well,” he said.

For Gerleman, this new band program is more than just a new class on his schedule, it’s about offering equitable education in the fine arts. He cited research that showed kids who are involved in music, and any other subject in the arts, have higher test scores and even higher “soft skills” like time management and discipline.

“It teaches all those soft skills that employers today are looking for. So yeah, I’m just a firm believer that kids really need to be involved in an activity, and moreso a fine arts activity,” Gerleman said.

He said he does wish Ottumwa High School’s steps will inspire surrounding schools and community programs.

“We have a lot of Hispanic populations in our surrounding communities that I think would really benefit from this, because there is a huge number of students that have such a musical heritage, rich heritage, that it’s just sad to think that they’re not, you know, exploring that,” he concluded.

The district has agreed to financially support the new program, so there is not cost for the students to participate. And Gerleman said he is hopeful the students can be prepared for their first performance by March, and possibly participate in a music festival in May. Even though the students have not yet had their first rehearsal, people are requesting concerts and performances on social media and through Gerleman.

As for now, those requests are on hold. The new band is expecting to get their instruments and new music literature in about a week, and the first rehearsal will follow shortly after. 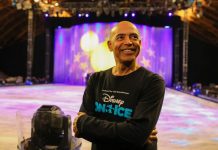