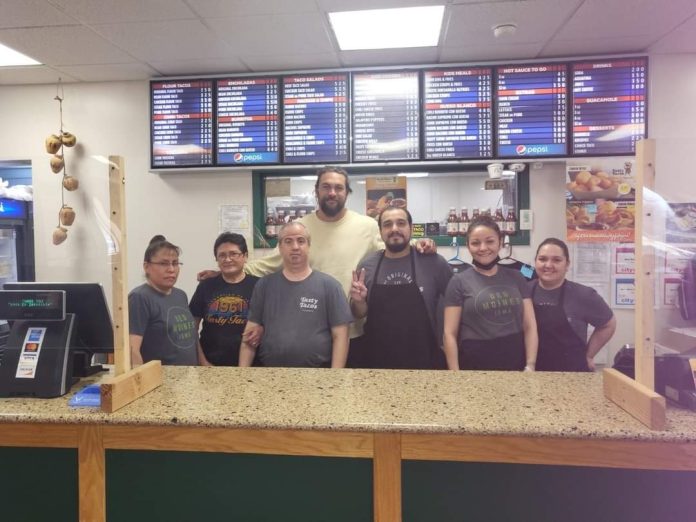 The “Aquaman” and “Dune” star, who grew up in Norwalk, was one of the presenters for the 94th Academy Awards on Sunday, where he wore a black-on-black tuxedo and wayfarer glasses, styled with a French braid that was secured with a pale pink scrunchie.

On Monday, Tasty Tacos posted a photo of the actor in a yellow T-shirt with employees at the restaurant.

“A BIG thanks to Jason Momoa for stopping in today to grab some of his favorite tacos after a night at the Oscars!” says on a post on the restaurant’s Facebook account.

When back in central Iowa, Momoa likes to dine at some of Des Moines’ beloved restaurants. He is known to frequent the Waveland Cafe, where he’s ordered his namesake dish, the Momoa with a full hashbrown, biscuits and gravy, sunny-side-up eggs and a side of bacon.