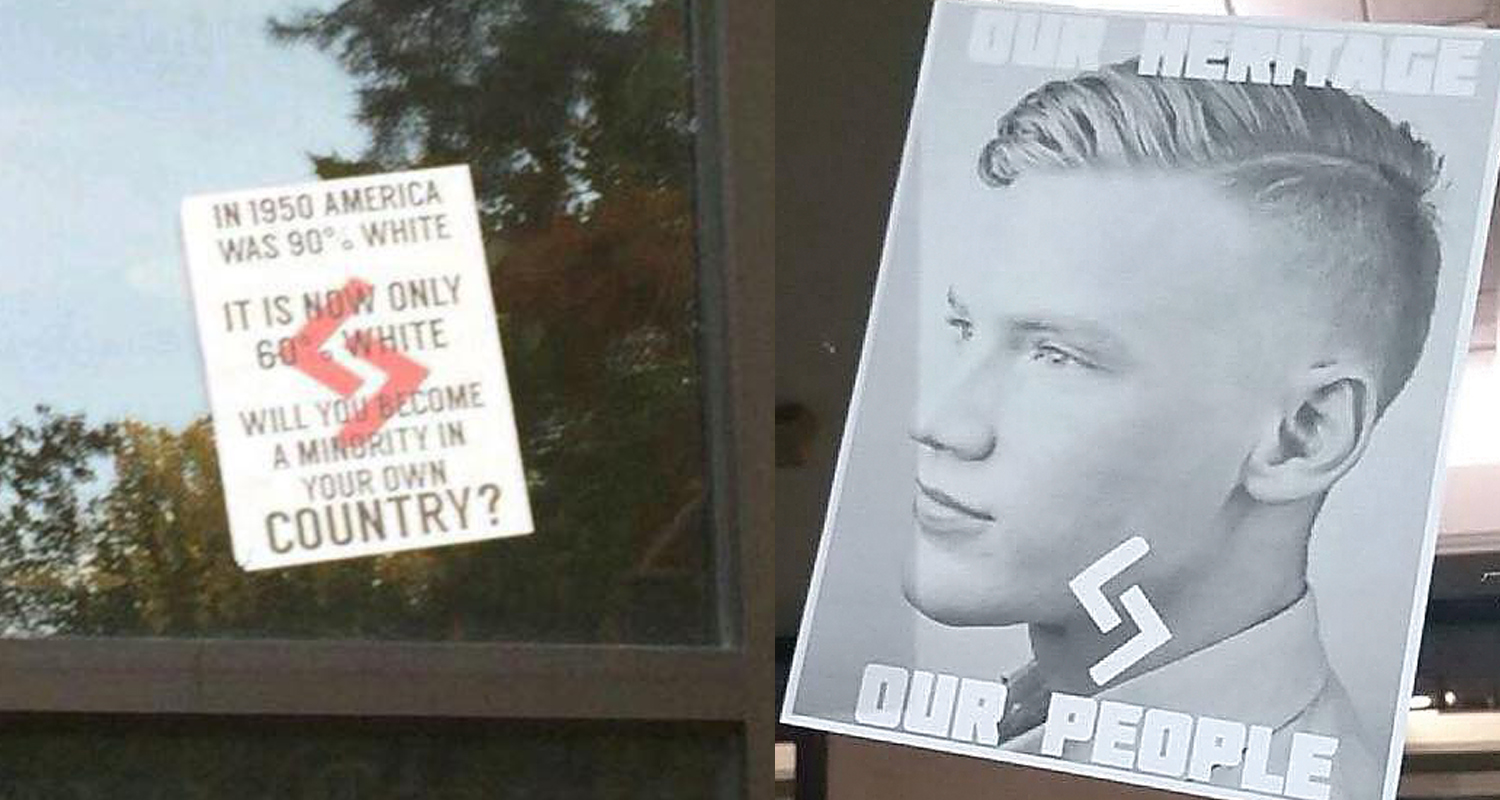 October 28th marked an unforgettable day for Maria Alcivar, a graduate student at Iowa State University (ISU). “I didn’t expect my first election to be like this.” Alcivar was walking through campus when she stumbled upon a poster reminiscent of Nazi propaganda in Germany in 1933-1945 during Adolf Hilter’s dictatorship.

ISU has experienced a series of occurrences related to racially-motivated hate crimes during this election season, thanks to the messages of presidential candidates like Donald Trump. “[This will be] my first time that I am going to vote for a president,” says Alcivar. She is a new citizen, who belongs to a mixed-status family, whose mother is undocumented and whose brother is a DACA (Deferred Action for Childhood Arrivals) recipient. “This is a huge deal to me; I have always been politically engaged. I was an activist, I was recruiting and registering people to vote, informing people on how to Caucus in Iowa. I would tell people to vote for me. Now, I get to [vote] for me and for my family…shame that it will be against instead of for someone [for president].”

Alcivar told Hola Iowa that the neo-Nazi posters are not the only thing that worries her. Latinos and Latinas across the state are requesting absentee-ballots. This will give them the opportunity to vote by mail, rather than vote in person in their designated polling place. “My friends and I are afraid to go vote on November 8th because we don’t know who or what will be waiting for us that day…we are very scared. We are scared to exercise our right to vote!”

When we asked her for whom she planned to vote, if not for Trump, Alcivar responded: “The right thing to do is to not vote for a third party. I don’t want my third party vote to be that one deciding vote, even so miniscule, that makes this nightmare real. And now I have to do it for someone that doesn’t represent me, just to vote against someone else. It’s only one vote, but it’s my vote and it counts. It’s not what I was expecting. It’s not the celebration of finally getting my citizenship, nothing like that. It’s not what I was expecting.”