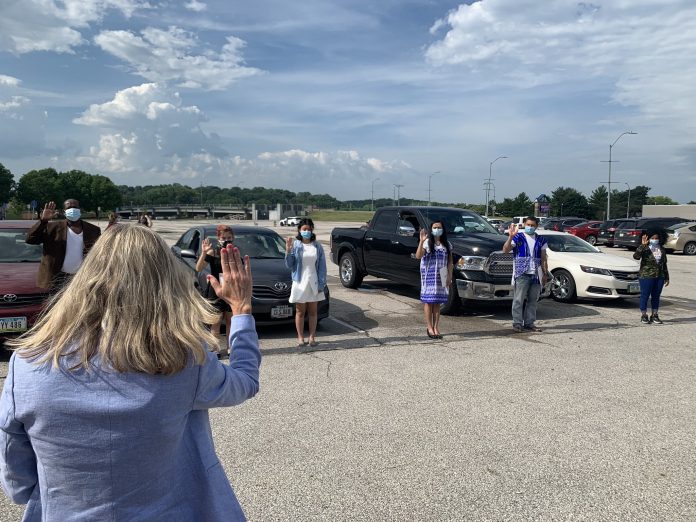 The rain in Des Moines allowed just enough of a break for 100 people to become U.S. citizens Friday morning. Due to social distancing guidelines and the risk of COVID-19, their in-person ceremonies were postponed. They instead participated in a drive-thru naturalization ceremony.

The first wave of new U.S. citizens shouted out “I will” after listening to the oath. Then they got in their cars and drove off to make room for the next round of cars to park in front of the judge.

Principal Park was the host for all 100 people to become new citizens. Jasmina Rospa was one of them. She said a drive-thru naturalization ceremony was just as good as a sit-down one, especially with all the support she has.

Boe Meh waited for her oath shift in her car with her sister and niece. She struggled to find the right word for her feelings.

“I feel a little bit nervous and kind of excited. I don’t really know my feeling actually,” Meh said with a laugh.

Meh said the drive-thru aspect of the naturalization ceremony didn’t bother her because she didn’t know any different.

With about ten shifts of ceremonies, Penny Luthens, the case manager at the federal courthouse in Des Moines blocked off the majority of her day. Before the pandemic, the large ceremony would have taken place on the July 4 baseball game. 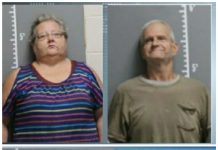