The YMCA is known for many things in the Quad Cities, but when it comes close to the end of November, what it’s most known for is the Turkey Trot on Thanksgiving morning. The 36th Annual YMCA McCarthy-Bush Turkey Trot will take place on Thursday, November 24th as many Quad Citizens will flood the streets of downtown Davenport like gravy flowing through mashed potatoes.

“This is our biggest fundraiser of the year,” said YMCA of the Iowa Mississippi Valley Executive Director of Communications & Outreach, Frank Klipsch IV. “We had a record year last year of scholarships we provided, outreach kids involved, and more community involvement than ever before and that’s why Turkey Trot is important. It’s to let people know that it’s good to get together and celebrate family and Thanksgiving, but that’s why we do it, so we can tie in camp. Turkey Trot makes that happen.”

And this year, the organization is taking it one step further as they are trying to set up a Turkey Trot scholarship where kids can train before the event and run for free in hopes they take that love of running and well, for lack of better words, run with it in their future life choices. Outreach Solutions Director at the West Family Y, Franky Trejo is spearheading this and is hopeful that this will be an official scholarship offered next year. “We would love to have something like a scholarship thing where a couple of kids show the initiative and the want for it,” explained Trejo. “These kids, they like to run and see whose faster, so if we can train them up, then you never know what that could lead to. That could lead to them joining their local track team or something like that.”

As for this year, the scholarship is not official but they do have a few kids that showed interest so Trejo is already offering this opportunity for them for this year’s event. “We plan on having a training camp as well prior to the event,” explained Trejo. “So, we are looking at about three to four weeks. We’ll have a training camp a couple of days a week so they are prepared.”

Many know running for leisure can be a hard sell for those that run in the streets and run out of necessity for survival, but Trejo is confident that with a little time and exposure to the safe and fun side of running, this youth will ultimately enjoy running and take this opportunity to do something well with it and get them back and engaged with the YMCA and their community. “We do offer a membership to those that get the scholarship and they will get to know us and engage with our staff and that gets them engaging in the community as well.” 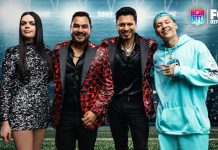