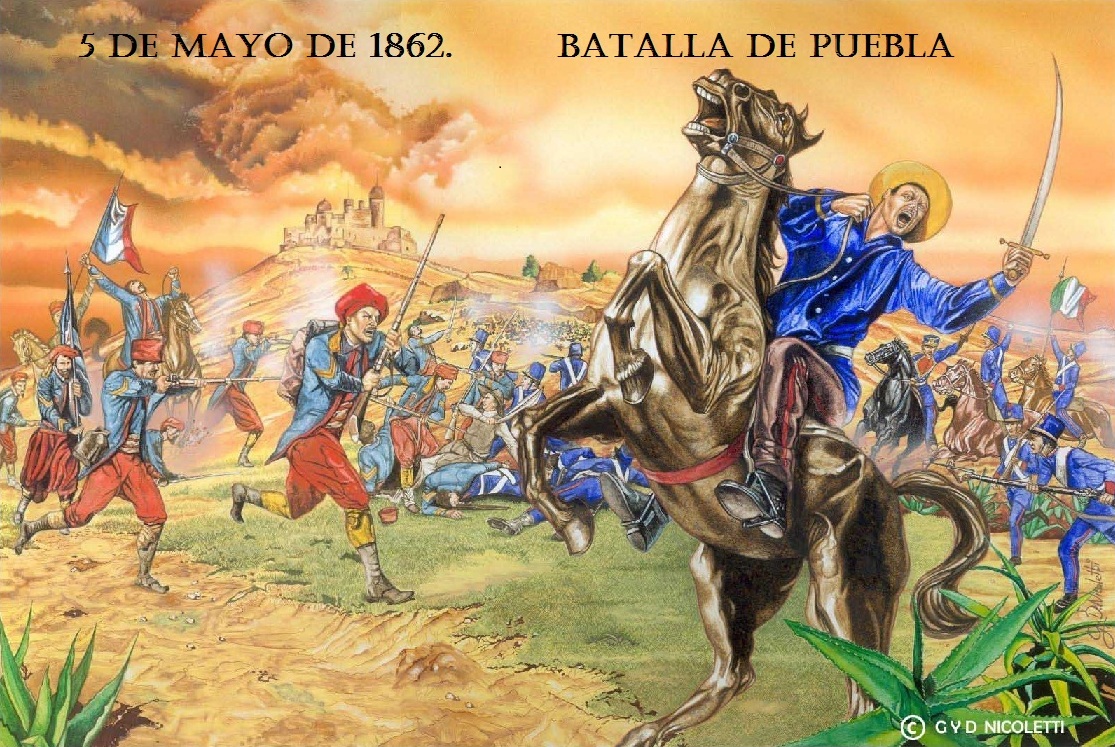 Emperor Napoleon III commanded one of the world’s strongest armies.  The goal of Napoleon III and his army was to expand his French empire, make it stronger, and have a solid government set in place for France in the Americas.  With a French influence in Louisiana, Napoleon hoped to conquer Mexico and begin expanding his empire. In over 50 years the French Army was never defeated and it was with this great confidence that they planned to destroy Puebla on their way to the capitol, Mexico City. In a time when the Americas were new independent countries the risk of European foreign invasions was very high.  All countries had to worry about losing their new countries but few could defend themselves against larger more advanced armies.

General Ignacio Zaragoza of Mexico knew the French were coming full force.  The Monroe doctrine had recently been signed stating that the Americas belonged to Americans and that foreign powers were not welcome.  This naturally angered the English, Spanish, and French all of whom had colonies lost in the Americas. The French were the only armies that stayed in Mexico.

On May 5th 1862 the French invaded Mexico through Puebla.  The Mexican army used many peasants, most not trained to fight as soldiers but trained to work the land.  Their pride gave them the courage and strength to fight for their country. General Zaragoza ordered Colonel Porfirio Diaz to take the cavalry unit, considered on of the best in the world at the time, out to the French flanks.  The French cavalry responded by sending its cavalry off to chase Colonel Diaz and his men. The Mexican cavalry destroyed the French and the remaining French soldiers charged the Mexican defenders. The great battle continued with the Mexicans defeating an advanced, well armed, and larger French Army.

Mexico had won a great victory that in turn helped keep Napoleon III from supplying the confederate rebels for another year in the United States Civil War.  Those 12 months were crucial in the Unions Armies efforts to build up their Army and eventually smash the Confederates soldiers at Gettysburg 14 months after the battle of Puebla.  After the Civil War, Union forces were rushed to the Texas/Mexican border under General Phil Sheridan, who made sure that the Mexicans got all the weapons and ammunition they needed to expel the French.  The United States had such a part in helping Mexico that The American Legion of Honor marched in the Victory Parade in Mexico, City. Good neighbors helping each other out in a time of need.

Cinco de Mayo has become a huge reason to celebrate Mexican history in the United States.  Although some will argue that the US is allowing Mexicans to have a day to celebrate their culture.

What would’ve happened had the French keep their momentum going if not for The Cinco De Mayo battle? Would it have affected the civil war outcome? We it have affected American history as we know it? Well those certainly are legit questions. Cinco de Mayo is a Mexican and American celebration.