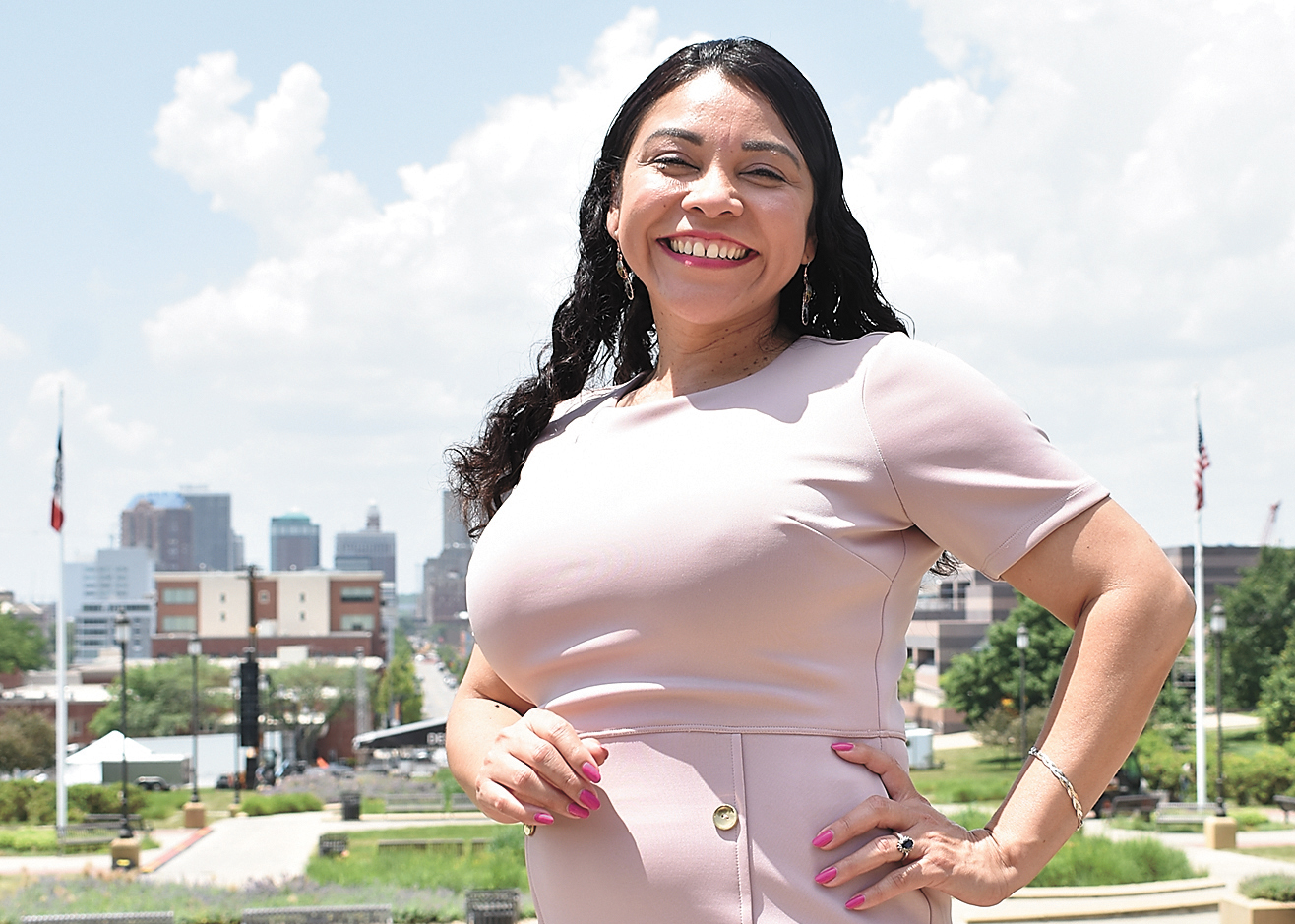 Every immigrant person has a story to tell, but not everyone is willing to share their story with the world. Marlen Maddux is one of those few people who wanted the world to hear her story. The story of her life, as she calls it, is now a book called “The Fruits of Unyielding Will: A True Story”, available on Amazon.

Marlen Maddux did not have an easy life in her native Honduras. She endured the loss of her father at an early age, worked hard and learned to defend herself while living in the city, but it all came crashing down when hurricane Mitch devastated Honduras in 1998. The hurricane took everything from Ms. Maddux. She had no shelter to house her children in and no food to feed them. In order to survive herself and save her children, she made a life-changing decision of traveling through the mountains of Central America and Mexico to come for a better life in the United States. This journey is uncertain. This journey is a gamble with life itself. Marlen Maddux made a desperate choice and she was one of the lucky ones. She made it to the United States and eventually settled in Des Moines, IA.  In Iowa she was working hard on making her American Dream a reality and in 2016 she came to the conclusion that her future descendants should know where they come from and she started working on her book.

“I wrote the book in 2016,” Marlen Maddux shared. “Initially, I wrote the book as a memoir for family and friends. Many people I knew were interested in my story and I thought it important for my children and their children to have a family history.”

Ms. Maddux described her book as a positive story that tells how she confronted the difficulties that life threw at her and came out winning.

“Beyond family, it is a positive true story of overcoming hardship, finding purpose and motivation, and appreciation of kindness, and the beauty of being raised on a rural farm in Central America,” she told Hola Iowa. “My hope is others can find the knowledge that they too can overcome hardship and find a love for life and people.”

She also added that she is very thankful to everyone who supported her, offered her opportunities to share her amazing story and just being interested in this story of not giving up even at times when it feels like the world got darker and there is no way out of it. “The Fruits of Unyielding Will: A True Story” by Marlen Maddux is available on Amazon.

Here is an excerpt from Marlen’s book “The Fruits of Unyielding Will: A True Story” available on Amazon:

“I was born on a farm near the small town of San Jose de Texiguat in the state of Atlantida, Honduras. The third of eight children, to a mother who was given into marriage at age 14, I was the first girl and would be followed closely by my brothers Carlos and Javier. The three of us were always together as we grew up, even into adulthood. We would spend our days as children exploring the forest, climbing trees for mangos, playing soccer in the yard, and swimming in the river that went through the farm. The river was rich with fish, and when we wanted to catch one we would stand still with our hands in the current, wait for one to swim by, then grab it and take it to the shore. We played together, fished together, and when one of us would misbehave we would all get whipped together.

Our farm was basically in the middle of an area where my mother’s family lived; my great grandparents lived very close to us, my grandparents lived in the same area, many of my mom’s brothers, aunts, uncles, and cousins lived in town. We would regularly stay with our grandparents or they would come to the farm. Extended family is a source of protection, assistance, and friendship in Honduras to a greater degree than in the United States.

My mother would spend her days cooking in the kitchen beside the house, cleaning, and taking care of my younger siblings. Most girls my age, if not in school, would help their mothers in these tasks. But I loved being outside and I was definitely a daddy’s girl. I would watch my dad make his breakfast of fresh squeezed orange juice and an egg and try to do the same. I didn’t know how to extract the juice from the fruit, so I would just put an egg in my mouth — every day until he showed me how to do it.

My father would take me on his rounds following the perimeter of the property on horseback, with the dogs to look for bobcat or boa constrictors or any other predator. These predators, if not tracked down, would feed on the livestock and chickens or ducks. One time, on one of these adventures, my dad climbed a tree to chase out several opossums and make them jump down to the waiting hunting dogs below. When the last one looked like it might escape I grabbed it by the tail, but it turned around and bit into my hand. My father came quickly down the tree to help. I was scared, but all the while, in the distance, my brothers were watching and laughing. To this day, they make fun of me for catching that opossum with my hands. My little hand was shredded, but my father took care of me until it healed.”

Look for “The Fruits of Unyielding Will: A True Story” by Marlen Maddux on Amazon on Kindle format and soon available in paperback format.