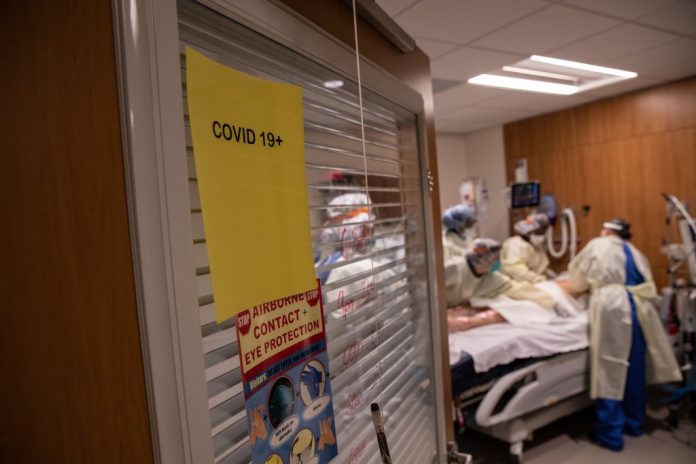 Iowans who were infected by the coronavirus died at rates of about 150 per week in late December, based on the latest information provided by state health officials.

Death reports can be delayed for more than a month because they are relayed through a federal agency before the state tallies them on its COVID-19 website. On Wednesday, the state received confirmation of 159 new deaths in the past week that had occurred between Oct. 20 and Jan. 27.

The late-December deaths — which have been recently revised upward by about 20 deaths per week — preceded the surge in confirmed cases in January that was driven by the emergence of the omicron variant. Early research has shown the variant is less deadly than delta, but the state’s infection rate recently peaked about 50% higher than it did during the delta peak in late 2020.

The latest peak happened in mid-January with nearly 50,000 positive tests recorded in one week. The latest state data show a precipitous decline, but there were still an average of more than 3,200 new cases confirmed per day in a recent week.

Projections by the U.S. Centers for Disease Control and Prevention predict about 180 Iowans infected by the coronavirus will die per week for most of February. The state’s peak death rate in 2020 was about 425 per week.

State health officials have cautioned that the projections are not surefire indicators. The CDC had previously projected death rates of nearly 400 per week in Iowa this month.

The number of people with COVID-19 receiving inpatient treatment at hospitals in Iowa has been declining in the past two weeks but remains high. There were 794 such people as of Tuesday night — down from a recent high of about 1,000 — and 109 were receiving intensive care. 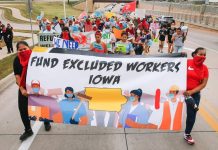 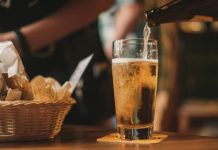