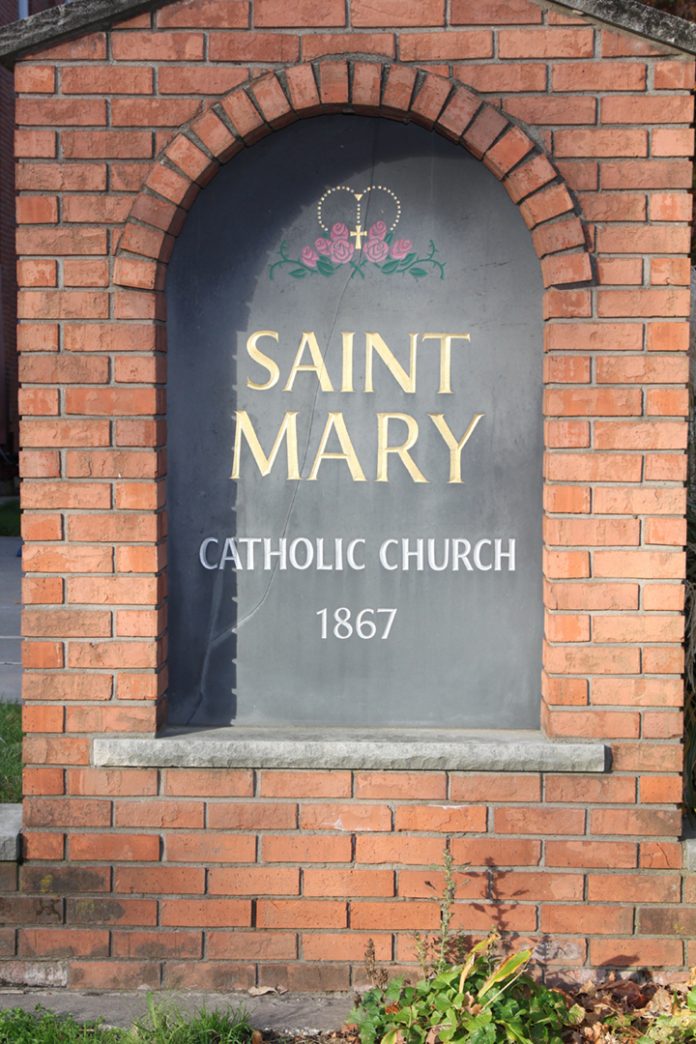 Due to shortage of priests, decreasing attendance of masses, financial and staffing problems last year, the diocese recommended closing the church. In October the Diocese was still considering the merger. Now with the merger most likely happening, Church officials stated that this merger will combine four communities.

St. Anthony’s Catholic Church was already welcoming the members of St. Mary’s Church. The Spanish mass and Spanish religious education will move from St. Mary’s to St. Anthony’s after the construction of the facilities for religious education comes to completion.  Ebener also indicated that later this month there will be a meeting at St. Anthony’s. Members of the communities are welcome to attend to meet and greet each other and to identify issues that need improvement and work on finding solutions together.

“The really cool story here is what a vibrant, active community of people the Latino congregation is,” he said. “They are very engaged in their faith.”

“St. Anthony’s sees it as an opportunity to grow their parish,” Ebener said according to the QC Times.