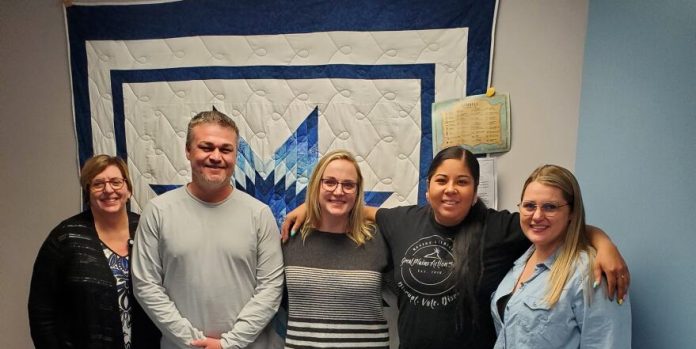 Director of operations at Great Plains Action Society Trisha Etringer stands with the staff of Iowa’s 3rd Judicial District after giving a workshop on decolonization in early April.

Director of operations at Great Plains Action Society Trisha Etringer stands with the staff of Iowa’s 3rd Judicial District after giving a workshop on decolonization in early April.

Iowa’s 3rd Judicial District is collaborating with local community leaders in western Iowa to better understand how to serve Indigenous people within the justice system.

The probationary staff at the Sioux City Iowa Department of Corrections branch has undergone workshops on Native culture, customs and history. The district director Maureen Hansen said the department is now working to host traditional talking circles for women in the system.

“This is a good way of just allowing the women to get together to process what’s going on to be supportive of each other to learn more about their culture,” Hansen said.

“You don’t really get it until you see the pictures and hear the stories.”

The idea was born from a recent workshop on decolonization hosted by Great Plains Action Society director of operations Trisha Etringer in early April. Etringer guided the staff through the history of the subjugation of Indigenous peoples and the lasting trauma of colonization.

She said understanding the past trauma to Iowa’s native communities can help the state and its justice system better address the present.

“If we can’t have these conversations, we’re not going to go anywhere,” Etringer said. “We have to put our blinders down and we have to be real in order to make real change.”

Hansen said many in her staff were surprised to learn about the details of the history surrounding the subjugation of Indigenous people. She said historical awareness can help break down stereotypes.

“We’ve talked about generational trauma and it’s one thing to say ‘Yes I get it.’ But you don’t really get it until you see the pictures and hear the stories,” she said.

“If we can’t have these conversations, we’re not going to go anywhere. We have to put our blinders down and we have to be real in order to make real change.”

Etringer said collaborating with Sioux City’s probationary officers is all about trying to build greater cultural resources within the system. Etringer herself went through the corrections system. She said it’s part of what pushes her to educate and advocate for those currently navigating the system.

“It was kind of surreal to come back and be able to talk now about my experience as an indigenous woman living here in Iowa and what that all looks like on the other side of what they do,” she said.

Hansen said the department has long sought out education on Native culture and customs. A couple years ago, she said Native community leaders led her department through a sweat, a Native purification ceremony.

Etringer said awareness is just the first step. She said she hopes she can continue to work with the district to implement more resources for Native Americans, like talking circles, to help cope with intergenerational trauma.

“We have this general concept of decolonization. Now, how do we implement the action behind it?,” she said. “Going a little bit further and looking at different policies to better accommodate our natives trying to heal themselves while being in this system.” 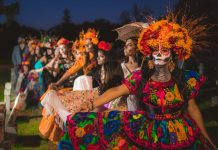