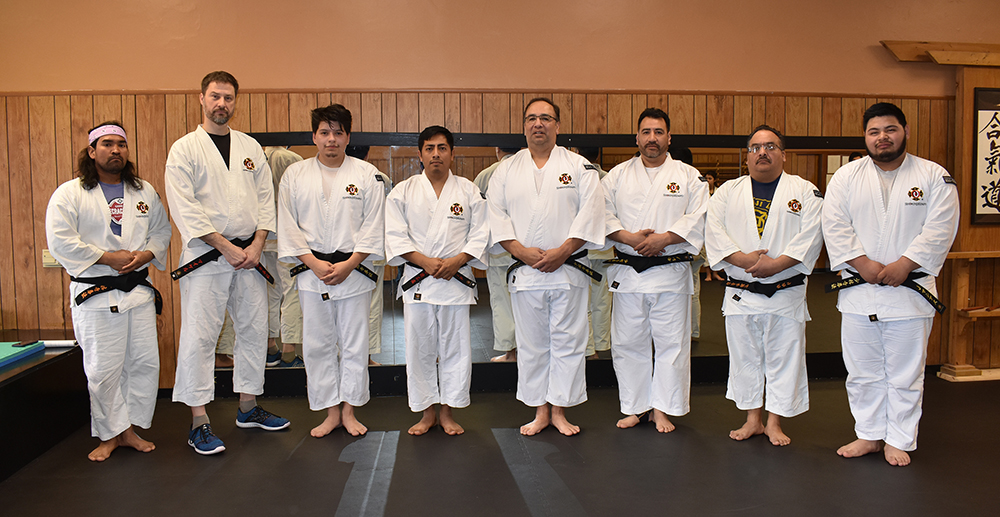 Martial arts are a lot more than just a skill to learn for self defense. It does not just teach you to break blocks with your hands. If you looking for more than just s self defense technique consider learning more about Shorinji Kempo.

Shorinji Kempo is Japanese Martial art established in 1947 by Doshin So, who was a Japanese martial artist and ex military intelligence agent. Shorinji Kempo based on the concept of “spirit and body are not separable.” The belief is that it is important to train both body and spirit. In the Quad Cities there is a branch of World Shorinji Kempo Organization called QCSK. QCSK started in 2010 but was officially established as a non-profit in May of 2017.

“The purpose of QCSK is teach the martial art to kids and adults by using both physical and philosophical teachings of the art,” Victor Moreno, one of the instructors at QCSK, explained. “The goal is to teach the students self-defense, confidence, to be a better person and be positive members and give back to the community.”

Mr. Moreno started practicing Shorinji Kempo when he was 14 years old. He continued doing this continuously for 6 years. After doing Shorinji Kempo on and off for some years and taking a break for years he decided to start up again. Now Victor Moreno is an instructor at QCSK, along with Sensei Jeff Cruz, Chris Cacari and Victor Macias, a former student who became an instructor just a year ago.

In fact, unlike Mr. Moreno who practiced on and off over the years, Mr. Macias fell in love and fully embraced Shorinji Kempo as soon as he learned what it was about. He used to be a student at QCSK since its inception and from a excellent student he grew up to become an instructor. Mr. Moreno told us that when QCSK was just starting in 2010 they established a partnership with local Latino organization. Thanks to this partnership many kids found their way to QCSK. Victor Macias was one of them.

“Victor’s mother originally brought his younger brother,” Mr. Moreno shares the story of a young man who made a journey from a student to a teacher. “Victor came and observed, but was initially interested.”

Macias was still attending High School when he started to be passionate about Shorinji Kempo. He never stopped practicing and 6 year later and a lot of hard work and progress he became an excellent student. And just last month he presented his examination for  2nd Dan rank in Shorinji Kempo which he passed. (similar to a second degree black belt)

“He has become positive role model for the younger students,” Mr. Moreno praised Macias. “Victor is a great example to others not just because of his physical skills, but also he practices the philosophical part of volunteering and helping others in need. He is a valuable asset with the kids because he relates well.”

Shorinji Kempo is a great approach to martial arts, it goes beyond self defense. It also trains your spirit to help you become a better person. QCSK invites everyone interested to learn more about Shorinji Kempo to come over to class.

“All they need to do is show up at one of our classes for information,” Mr. Moreno invited interested people to come over.

The class schedule is Mondays and Wednesdays from 5:30 to 6:30 PM for kids and adults practices start right after. Saturdays are reserved for advanced classes for adults. QCSK is a non-for-profit organization and that means that students are charged minimal fee and all instructors are volunteers. QCSK is located at 1527 6th Avenue in Moline.