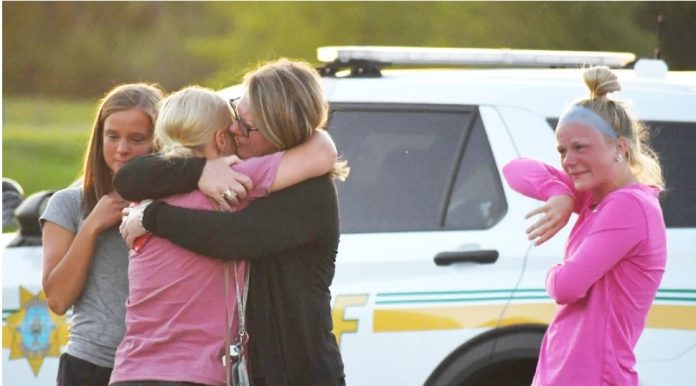 One of the dead is believed to be the shooter, he said.

Lennie said several 911 calls came in at 6:51 p.m. as a program was going on at church. The church hosts a regular Thursday evening event for its youth ministry, the Salt Company.

Law enforcement officials on Thursday did not release details on the weapon used in the shooting. Lennie said there was not an ongoing threat to the public and more details would be released later Thursday.

“I wouldn’t say I’m shocked as law enforcement,” Lennie said. “We prepare and we train hard for this, but when it happens, it’s obviously chaotic until you get it under control.”

Ames, 30 miles north of Des Moines, is the center of a metro area of 126,195 and is the home of Iowa State University, the nation’s first land-grant institution of higher learning. It’s also home to major research facilities of the U.S. Department of Agriculture, as well as numerous ag-related industries, including Renewable Energy Group, a biodiesel company Chevron recently acquired for $3.15 billion.

Cornerstone Church, a megachurch with dozens of staff, is located at the intersection of U.S. Highway 30 and Interstate 35 in Ames. The church sits just south of Lake Wesley.

The church is also framed by CrossRoad Baptist Church and the Iowa Department of Transportation Maintenance Garage. Beyond that are sprawling fields. Across the street from the church is the 3ts All Star Sports Academy. To its west, on the other side of I-35, are DMACC and Durham School Services, as well as a handful of businesses.

The church, according to its website, was founded in 1994 from a college ministry at ISU called The Salt Company, which is still the name of the church’s university ministry.

The Cornerstone website says it is now a “multigenerational church with a passion to reach the next generation of college students with the Gospel.”

The Salt Company’s website claims about 1,300 students gather every Thursday night during the school year.