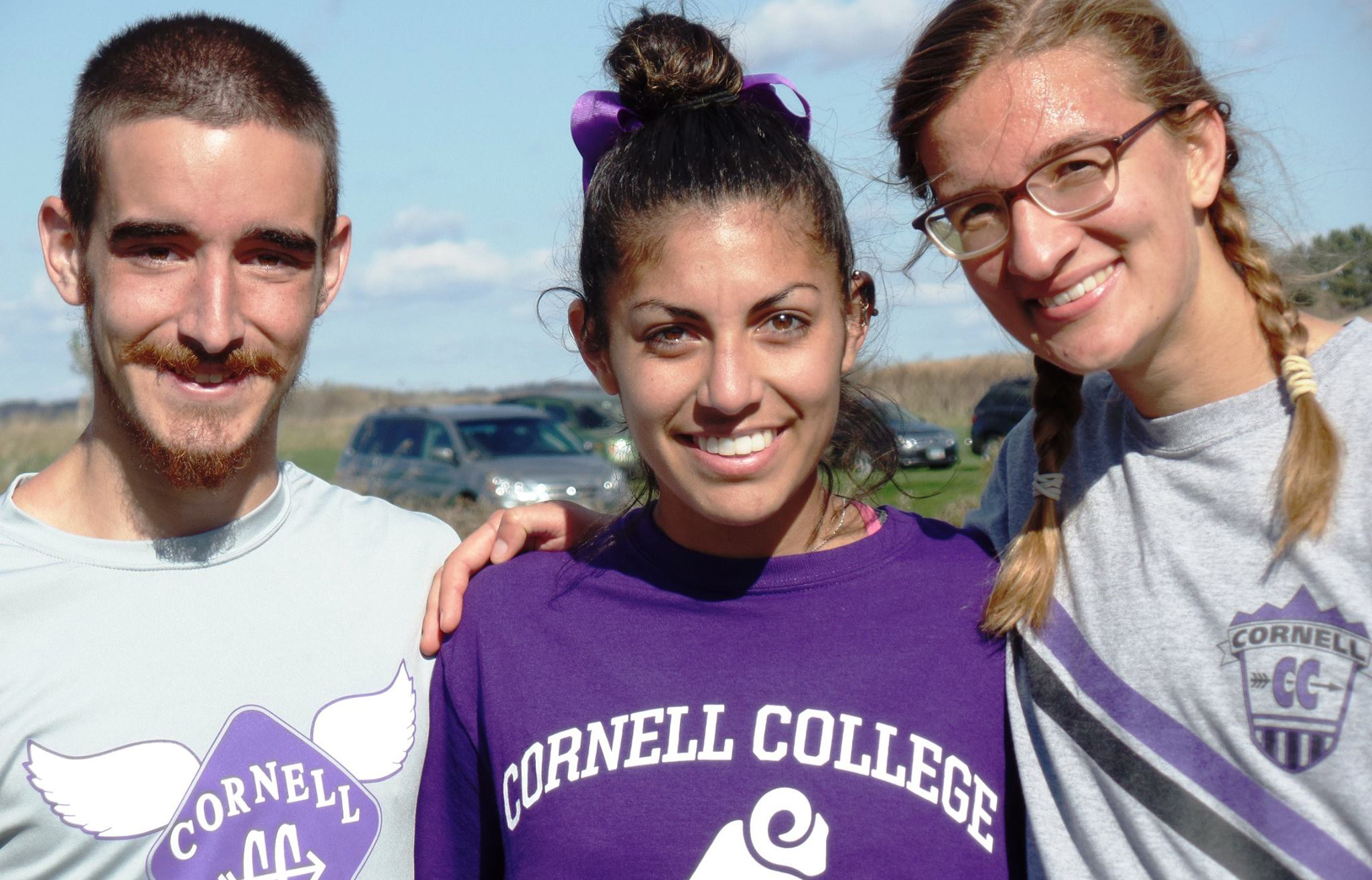 A volatile political atmosphere has been affecting everyone across the country. Some, who might not even take things seriously, taunt others, in some cases, even making those others take such radical actions that, although might be for greater good, in a long run could come jeopardize their own future.

Meet a young woman with a promising future. Sanjuanita “Sam” Martinez is a student at Cornell College in Mount Vernon, Iowa. She is a good athlete. Martinez, who is Mexican-American from Bowie, TX, is a cross country and track runner. She started her studies at Cornell in 2012. She finished 19th at last year’s Division III NCAA Nationals for cross country. This year she is 13th and that is only after one race. She has a very bright future in front of her, but she is willing to give it up for a greater good.
In the last few weeks some students from Cornell painted an anti-immigrant display with the following phrase: “Build a wall, make it tall.” In addition, someone wrote the following phrase in a dorm’s bathroom, “If I could I would deport you myself.” Martinez herself saw students writing on sidewalks with chalks phrases like, “Trump 2016,” “weak at the border,” and “we have free speech.”
After observing all these rising tensions she decided she wanted to do something. She decided to run as a non-attached athlete.
“Just bought a black running jersey because I refuse to wear my Cornell top until Cornell College apologizes and recognizes today’s event as a symbol of racial hate and I feel included, equal and safe on this campus,” Martinez declared on her tweet account.
This decision would disqualify her from competing for the national title, but she feels it is worth it. This decision involved her future and her dream that could have been destroyed. Fortunately, what she did seemed to work to some level. The President of Cornell College Jonathan Brand called for an all-campus meeting to address bigotry. Martinez herself is not convinced and she believes this is not enough for her to step up and represent the school that she feels is not there for her. After her meeting with the President of the Cornell she is now considering to run in her jersey. While she had not made her mind yet, it is clear that her actions might have encouraged a conversation and hopefully changes are coming.
“I’m not naive enough to think that everything will be fixed overnight,” Martinez declared. “We just want the proper steps to be taken so that change will happen. It will happen either in these last few weeks of the school year and even throughout the next school year, and for years to come.”