All of the health episodes that hindered Adarios Jones during his wrestling career in recent years never could fully be diagnosed. As frustrating as that became, he knew inside what it could not be.

When he started coughing up blood in November, he carried that conviction as doctors checked the symptoms. During a magnetic resonance imaging  of his head, the diagnosis came.

Jones, then attending Northern Iowa as a redshirt freshman wrestler, was diagnosed with Rhabdomyosarcoma, a cancerous tumor of the muscles that attaches to the bones. The most common locations it can develop are the head and neck, urogenital tract and the arms or legs.

His tumor was located behind his heart, spreading to his esophagus and the top of his lungs.

At best, he has been told, he had seven months to live.

“That was something I didn’t take fondly,” Jones said. “It almost seemed like God wasn’t giving me a fighting chance.”

Accepting it also caused Jones to “shut down pretty hard.” He started turning “everybody out,” becoming “hostile and depressed.” Cancer had him shutting out his Northern Iowa wrestling coach, family and friends.

Faced with a potentially terminal disease, Jones said he could not look at himself in the mirror and admitted there were thoughts of “taking the easy way out and giving up.” Then, he came to a realization that he keeps with him today.

Jones approached this like he did with his wrestling career.

“I’m taking it as another match, another championship match,” Jones said. “It’s all or nothing. I have to give it my all. It’s the biggest match of my career.”

Because the tumor – which Jones said is nearly the size of his heart – is located in a tricky spot, doctors at University of Iowa Hospitals say surgery is too risky. Chemotherapy was an option, but he didn’t “want to be the typical cancer patient. If I go out, it’s on my terms.”

The treatment path he selected is one Jones declined to discuss or reveal.

Four times a month, Jones travels to Iowa City for visits with oncologists. Today is another visit.

Recent scans indicate the tumor got bigger, but the treatment hasn’t fully taken effect. Jones remains hopeful everything will work as long as he remains patient and believes. The tough part through all of this is what he had to give up.

At the semester, Jones transferred from Northern Iowa to Black Hawk. Wrestling clearly is over for the interim.

“(Northern Iowa) was wonderful,” Jones said. “I was adapting so well. I loved every second. Perfect.”

A new opponent offered a match.

“I was doing so well,” Jones said. “It seemed like nothing could stop me. I felt on top of the world.”

Still the only Illinois Quad-Cities wrestler with a Class 3A state title and a multiple national champion, Jones wants to top those accolades. The current match is his biggest of all, a fight for his life.

Jones may be afraid, but he is not ready to let this opponent win.

There is a legacy he wants to create and goals he wants to reach. Cancer cannot stop them. He refuses to let that happen.

In his mind, he has to find a way to win.

“When I first started to digest it, I was thinking, ‘I’m not going to have a chance to win a national title,’” Jones said. “I still have a chance. That’s my mindset. As soon as I beat this, how great will my story be?”

Photos courtesy of The Dispatch/Argus 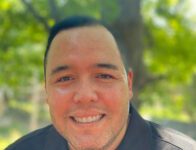