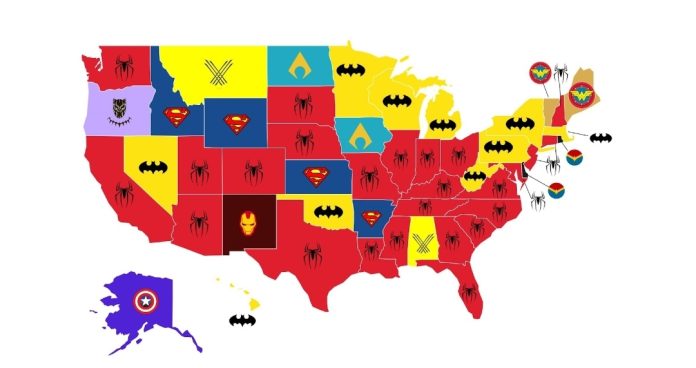 The love for comic book superheroes saw a rise since the pandemic when most fans gravitated back to comic books during 2020. In 2021 the comic book industry grew over 60% in sales as it pivoted towards digital.

At Wisevoter, a bipartisan educational platform, we delved into America’s favorite comic book superhero. The results were between our fan favorites Marvel vs DC Comics and Marvel came out on top by leading the nation with 32 states choosing Marvel superheroes as their favorite. Spider-Man took the lead by ranking top in 25 states as the most favorite superhero. Illinois chose the winning side as Spider-Man ranked number 1 in the state. Iowa chose Aquaman as their favorite superhero, most likely because in the movies Aquaman is played by Jason Momoa who grew up in Iowa and visits often.

For the complete list of state rankings — or additional details about Comic book superhero trends in your state or city please visit: 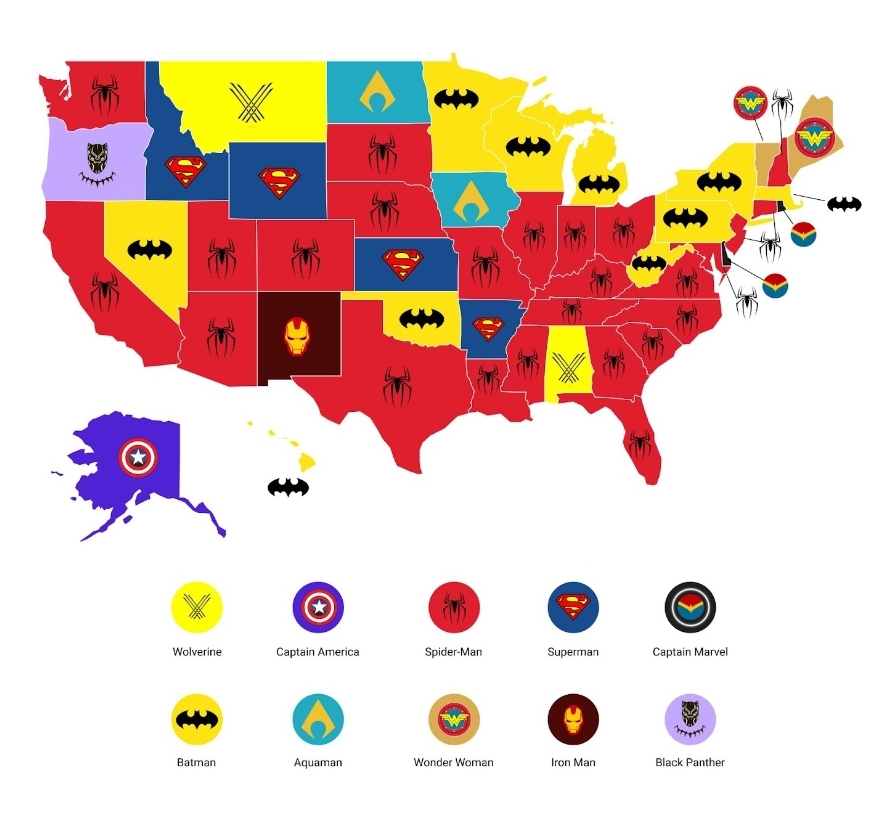