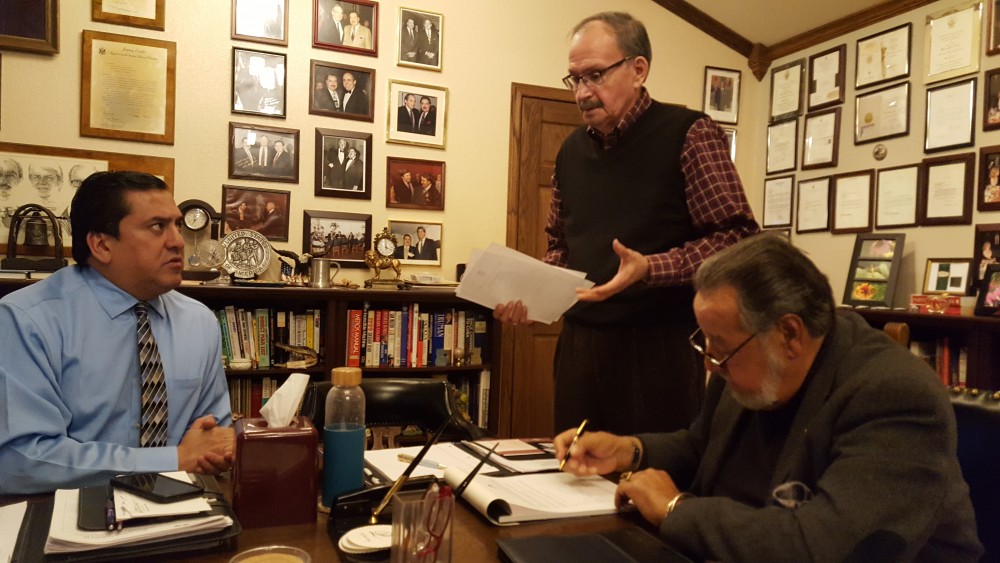 “I can’t tell you how excited I am to see something like this take off so quickly.”

Portes is the acting president helping oversee the council’s formation, and he said 62 people have signed on to help bring the organization to Marshalltown. Of that total, 25 signed on during an informal meeting at Mi Ranchito restaurant in November of 2017.

“We have actually been able to get an additional 37 to join, pay their dues, the whole nine yards,” he said, adding a variety of Marshalltown residents, from merchants to members of the clergy, have joined as founding members. “I’ve really been spending a lot of time thinking about all the things that we can present to the members.”

LULAC State Director Michael Reyes, who also spoke at the November meeting, said there are still a few steps to be taken before the Marshalltown council can officially convene. The charter application must be sent to national LULAC leadership in Washington D.C. now that it has received state approval.

“I’m just waiting for the physical application to be overnighted to them, and then they’ll start on that,” he said. “What happens is I sign off on the application, saying I verify that all the paperwork is done and the funding and all that; then I send it to the national membership office, and they take a look at it, make sure that I’ve crossed my t’s and dotted all my i’s.”

Once approved by the membership office, Reyes said the application goes to the LULAC National Board for a vote.

“That whole process takes about 30 days,” he said, adding of the timeline for Marshalltown council “I would say the first part of February they’ll have their official charter application; they’ll get a certificate saying they’re recognized by the LULAC National [organization], so it’ll be pretty quick.”

“It’s an organization that provides an opportunity to bring more voices to the table,” he said, adding the council would align with the Regional Partnership goal of “embracing and engaging an inclusive community.”

Inclusivity for everyone, not just members of the local Latino and Hispanic community, is something Barajas said is key to the council.

“We have leaders from various parts of the community that have joined in,” he said. “It’s not just an organization for Latinos, it’s an organization that’s very, very inclusive, and I think the membership itself will show that.”

Additionally, Barajas said leadership opportunities and education are a large part of the discussion around the Marshalltown council.

Portes said one immediate priority is forming a scholarship fund.

“We are going to be looking to raise $6,000 between January and March 1, so we can apply for matching funds from LULAC National,” he said.

The scholarship fund is one of many goals for the council, Portes said.

“As soon as we get the charter, we will be holding elections to pick the president, the vice president, the secretary and the treasurer, and then decide among the members the different committees that they would be proposing to put together,” he said.

Reyes said Marshalltown’s council, once approved, will join the 14 LULAC councils currently established around the state.