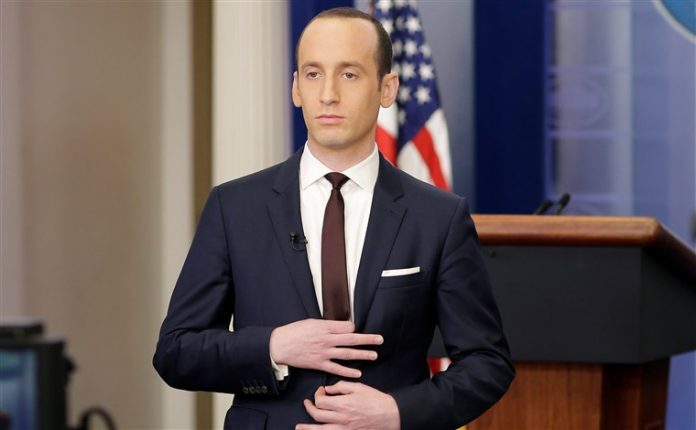 The League of United Latin American Citizens of Iowa is calling on the entire Iowa Congressional Delegation to demand the removal of White House Senior Advisor Stephen Miller from The Trump Administration immediately.

Emails recently revealed by the Southern Poverty Law Center show that White House Senior Advisor Stephen Miller is indeed a devoted white nationalist and conspiracy theorist. The emails that were made public included material that discloses Mr. Miller’s belief in the white nationalist ideology, his dissemination of xenophobic disinformation, and his promotion of white supremacy platforms to further his agenda.

“Before the emails were revealed it was already clear that Mr. Miller was an avid white nationalist when we started seeing the inhumane immigration policies that were coming out of the White House”, said Nick Salazar, LULAC Iowa State Director. “With Mr. Miller’s position of shaping the immigration policy from the White House, his documented support for an extreme, anti-immigration agenda is disqualifying and needs to be removed”, said Salazar.

In response to the emails, the majority of Democrats and some Republicans from Congress have already started to call for the removal of Stephen Miller from the White House except for anyone from the Iowa Congressional Delegation that includes Representative Cindy Axne, Representative Dave Loebsack, Representative Steve King, Representative Abby Finkenauer, Senator Chuck Grassley, and Senator Joni Ernst.

“When we have a documented white supremacist shaping the immigration policy at the White House we need our congressional representatives to stand for the immigrant communities of Iowa” said Salazar. “Their silence in the face of hate will not be acceptable”.

Mónica Reyes, LULAC Iowa State Deputy Director for Women’s Activities and LULAC Iowa Immigration Advocacy Committee Chair, said that “Immigrant Iowans are a crucial component of our overall well-being as a State, especially in terms of economic growth with immigrant households contributing $3 billion in buying power and an estimated $348 million in State and local taxes. Stephen Miller would directly attack our state’s well-being and represents an oppressive government that Iowans have historically stood up against. It is crucial that our Iowa Congressional Delegation prioritize Iowans and stand up against Stephen Miller by directing our President to remove him from the White House”

LULAC Iowa will not tolerate white nationalism and xenophobia at any level of government and urges our entire congressional delegation to take a stand against hate and call for Stephen Miller’s removal from the White House.