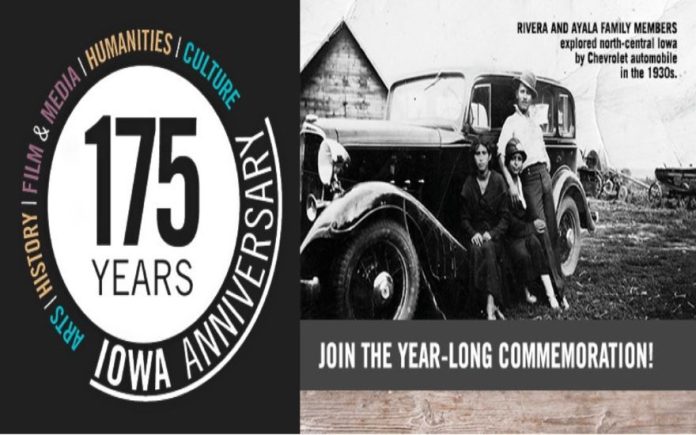 Today marks Iowa’s 175th anniversary of statehood. It had just become a territory shortly before in 1838.

“The issue of slavery is becoming more and more prominent, he said. “There are concerns about what working life is like, who should be able to vote. Women are starting to agitate for equality.”

One of the first celebrations of Iowa’s statehood anniversary was in Burlington in 1896, Landis said.

“It was marred on its first day by a tragedy of a collapse of the reviewing stand that was being used. Former Governor Buren Sherman broke his leg at that event,” he said. “So our 50th anniversary of statehood started off on a little bit of a dark note but then the celebration through the rest of the programs at Burlington went well.”

To celebrate this year, the Iowa Department of Cultural Affairs put together programs featuring Iowa history available both in-person and online. That includes pop-ups sent to each county in Iowa, as well as a virtual tour of the State Historical Museum of Iowa’s “People and Places” exhibit. There will be also some guided tours available through the in-person exhibit at the museum in Des Moines.

“We tried to make something that would remind Iowans of our statehood anniversary but with the pandemic still being a part of life in Iowa, in our nation, and the world, it didn’t feel like we could everything that we might have done an Iowa [175th anniversary], so trying to keep it safe but an event everyone can feel comfortable in, too.” 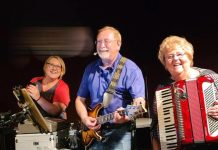 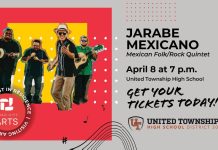 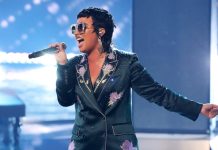