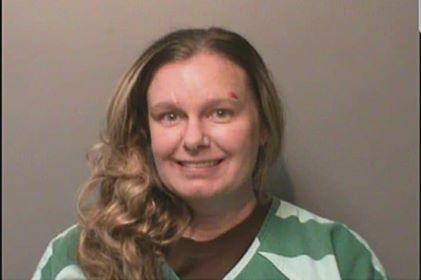 On December 9, shortly before 5pm, a 14 year old girl was walking on the sidewalk on her way to an activity at Indian Hills Jr. High School in Clive, IA. A vehicle left the roadway and ran the girl over. She suffered numerous injuries. The driver and vehicle left the scene without rendering aid to the girl. Earlier, the Clive Police Department requested the public’s help in locating the driver. At that time it appeared to be a hit and run accident.

Yesterday, the Clive Police Department identified the driver of the suspect vehicle as Nicole Marie Poole Franklin, 42, of Des Moines. Detectives interviewed her in the Polk County Jail, where she was being held on other charges. During the interview Franklin not only admitted to being the driver of the car that struck this girl, but also that she had done so intentionally. Franklin told investigators that she ran the girl over because she was, in her words, “a Mexican”. She went on to make a number of derogatory statements about Latinos to the investigators.

Franklin was charged with Attempted Murder and is currently being held in the Polk County Jail. Our detectives will continue to gather information for the Polk County Attorney’s office to assist them with their prosecution.

“I want to say in the strongest terms possible that there is no place in our community, or any community for that matter, for this type of hatred or violence,” said Clive Police Chief Michael Venema. “We are committed to stand by and support this family and work diligently with them to seek justice.”

Joe Henry the president of the League of United Latinamerican Citizens Des Moines council 307 had this to say “this type of hateful behavior can be traced back to Trump and his supporters who have spread falsehoods and hate mongering. Our elected officials need to do a better job educating their communities about the diversity of our state.”

“From our part, as we did last year, we will be funding billboards in Des Moines that have the “One Des Moines” message on them. We will continue the education and outreach to fight hate and embrace diversity” Henry continued.

“This attack was a racially motivated hate crime and must be prosecuted to the fullest extent of the law. We strongly urge Polk County officials to file hate crime charges against the suspect.”  said Nick Salazar, LULAC Iowa State Director.

“Latinos across Iowa are under attack and this incident is further evidence of the racism against our communities and calls into question the true safety of Latinos in Iowa. LULAC of Iowa will not tolerate attacks against members of the community and will stand against hate and violence. These acts against our communities are being fueled by politicians who encourage and empower people in Iowa and across the country to target Latinos. The rhetoric that we are hearing everyday leads to hate and violence and it must stop”, Salazar added. 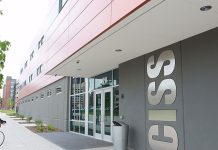 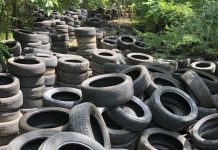