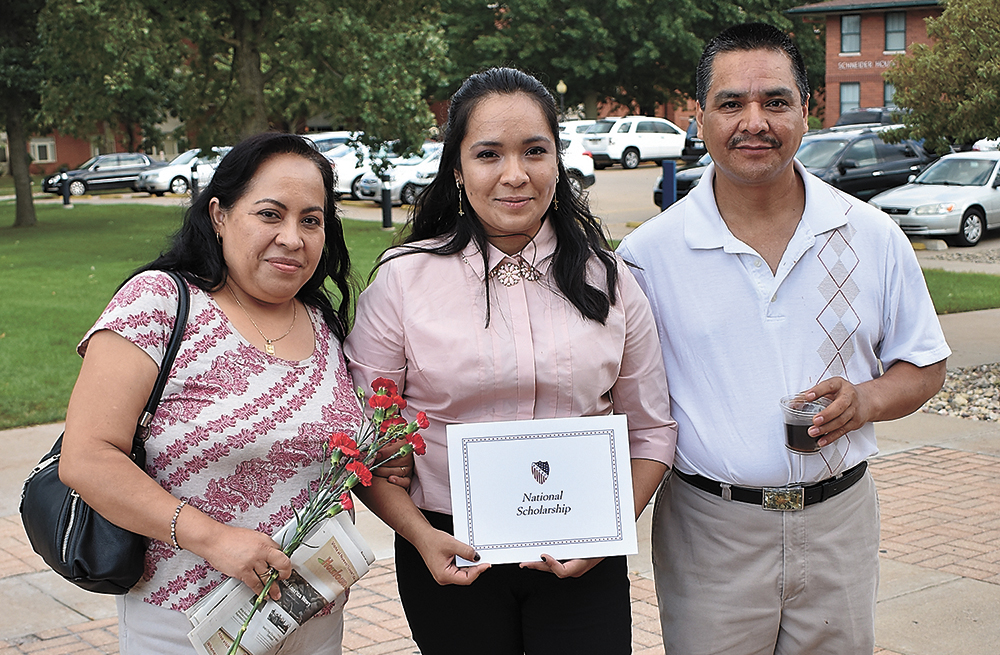 First year PharmD student Guadalupe Chavez has known she’s wanted a rewarding career since high school. After several volunteer experiences and exploring options throughout high school, she discovered how many opportunities there are with pharmacy. She came to the University of Iowa in 2015 as an undergrad on a mission to enroll at the College of Pharmacy.

Against the advice of her advisor, she focused all of her coursework on prerequisites, skipping over the traditional college freshmen courses. Her focus and determination paid off and she was admitted to the College of Pharmacy after her second year. 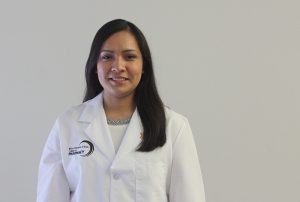 Chavez grew up in Davenport and is the daughter of Mexican immigrants. Her parents instilled in her the values of determination and perseverance and taught her not to take educational opportunities for granted. She knew she wanted to attend college and recognized she would need the support of her community to make it as a first-generation college student, so she started volunteering and participating in community activities as a young teenager. She worked two summers with the AmeriCorps/Youth Corps Summer Program. She was also active in the Davenport chapter of the League of United Latin American Citizens (LULAC) and has founded a collegiate chapter at UI.

Chavez takes very seriously her ability to change patients’ quality of life and role in her community. She takes advantage of opportunities to improve her skills, seek and provide mentorship, and support her communities however she can. A few weeks ago, Chavez concluded her inaugural speech to the Pharmacy Communicators Association by saying, “With hard work, initiative and determination, you can achieve success and prosperity.”

Since coming to the University of Iowa, Chavez has earned leadership positions in several organizations. This year, she was involved in chartering the Pharmacy Communicators Association, which is the only Toastmasters chapter in a college of pharmacy in the nation. She is currently on the fundraising committee for APhA and will be the Policy Vice President next year. Since she was admitted to the College of Pharmacy after two years of college, Chavez still feels pulled to “the other side of the river” and stays engaged with her friends and programs she was involved in the last couple years. She is a member of Sigma Lambda Gamma, a Latina based multicultural sorority, and she continues to be involved with the Association of Latinos Moving Ahead (ALMA). She also tutors students through the Trio Student Support Services located at the Center of Diversity and Enrichment.

Chavez’s outgoing personality lends itself well to her involvement with so many organizations, which she sees as a way of giving back for all of the support she has received. She feels very lucky to be a part of a school that stands out as a national leader and is so well connected to the Iowa Pharmacy Association. She’s excited about the opportunities she has to be involved in policy discussions and lobbying through the College of Pharmacy. While she is not yet sure what pharmacy career path she’d like to take, she is certain she wants to be involved in policy and effecting change in the healthcare system to ensure a promising future for the pharmacy profession.

Article courtesy of the UI College of Pharmacy