Hola America and Hola Iowa present the Hispanic Heritage Month Special Series: Orgullo Hispano, Latino trailblazers that inspire us in the communities of Iowa and Illinois.

The East Moline woman has informed workers across the U.S. of their rights; served as delegate at three Democratic National Conventions; attended two presidential inaugurations; went door-to-door to educate Illinois families about issues affecting their lives; and was recognized with countless awards for leadership and community service.

Now retired, the 83-year-old woman believes she has made a difference. In fact, Savala believes everyone can have such an impact, as long as they act.

“We need people to register and we need to vote. More importantly, we need to know what the issues are and contact our legislators and make our voices heard. The only way you can be heard is being active in the political process,” she said.

“I believe the reason more people don’t get involved is they assume things are not going to change. Things are as they are, and why bother? Our voices don’t count,’” she said.

“But they do. They do count,” Savala said.

She started taking action in 1973, three months after she was hired by McLaughlin Body Company. Savala had no experience working on a plant floor, but went to work there because she wanted a better life for her family.

There was nothing easy about the job, and making everything more difficult was sexual harassment she faced from male coworkers. There were times the harassment was so cruel it brought her to tears, she said.

Savala became fed up and reported the sexual harassment to the steward of UAW Local 1414.

He just laughed, she said.

Later, a male coworker reassured Savala that not all men in the plant were like those who were harassing her. She told him she was not going to quit, even though her husband wanted her to do so. She asked the co-worker what she could do. He suggested she run for union steward, an election that was a week away.

She did and she won, making her the first woman elected to a union position.“There comes a time in your life when you have to say enough is enough,” Savala said.

Within two years she was serving on the union’s executive board, as well as the executive board of the Quad City UAW Women’s Committee. She joined the Region 4 steering committee for Bilingual Labor education and was a delegate to the 1983 National UAW Convention.

The UAW noticed Savala’s deep involvement in the community. In 1987 she was hired as the international representative for Region 4, making her the first Hispanic woman to hold the position. A year later, she was transferred to the UAW Top Organizing staff, and in 1992, started working on the National Contract Action team, traveling across the U.S. to organize family support groups for UAW locals.

At the same time, her political involvement was growing. In 1977, Savala became a charter member of the Rock Island County chapter of the Labor Council for Latin American Advancement (LCLAA), which is the Hispanic support group of all labor unions dealing with voter registration and education. Two years later, she was elected to the National Executive Board and later served as president of the Rock Island County chapter.

In 1981 she joined the Illinois Democratic Party and co-founded the Hispanic Screening Committee for Rock Island County. Two years later, she co-sponsored and successfully lobbied for a bilingual ballot, making Rock Island County the first in the state to offer election ballots in Spanish and English.

Savala was a member of the Committee to Elect Lane Evans in 1982; joined the Midwest Voter Registration Project; and served as a member of labor-backed committees for Walter Mondale and Paul Simon.

Savala said her biggest political thrill came during the 1984 Democratic National Convention, when it was announced U.S Rep. Geraldine Ferraro of New York would be Mondale’s running mate. She was the first woman to be nominated for vice president.

“I think the fact we have Kamala Harris as a serious vice-presidential candidate is long overdue, By the same token, it was not overnight, either. It was millions of women 100 years ago who fought for the right to vote, and all the other women who have come over the years,” Savala said.

Savala said she will remain involved in the ways she can, and encourages others to do the same. She said there will always be a need for more voter registration and education, as well as political involvement.

Veteran political activist Porter McNeil describes Eva as “the heart and soul of the community.” He said the values she holds close to her heart — family, faith and community – are deeply intertwined with her union work, political involvement and push to create more opportunities for the local Hispanic community.

“It is natural for her to be so involved at the grassroots level,” he said. “She is not someone who ever sought or needed attention. She is just a hardworking, big hearted individual who is always quietly working in the background helping candidates and causes,” he said.

Savala said her goal was always to help and educate the community, and believes she succeeded. “When people are struggling and you help them find their voice and their dignity in the workplace, it does a lot for them,” she said.

Her work was rough. Savala traveled a lot and missed many family gatherings. There were times when she was followed by police and was arrested twice while trying to educate workers about their rights. “But you do what you have to do,” she said, adding her husband and children were always very supportive.

“It has been a long struggle, but I feel this was my life. It was not my dream, but it was my role in life,” she said.

“You have to have a say, and you don’t just want to say it outside. You want to have a say at the table. That is why I got involved,” she said. 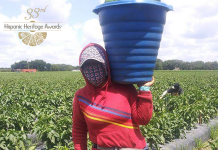 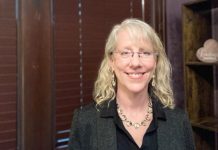 Salvador Lopez, of Davenport, is 92 years old and still giving back to the community