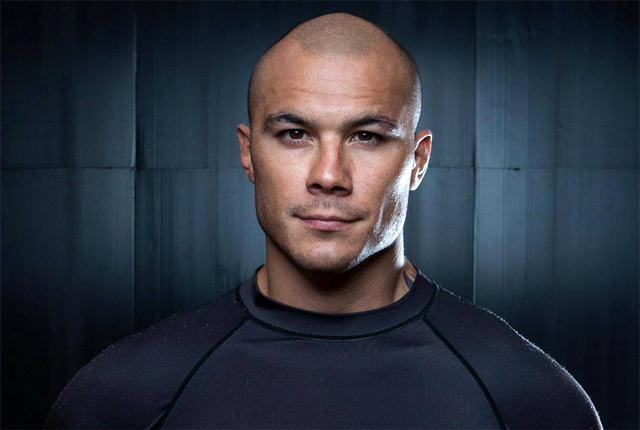 It’s been just over a decade since former UFC superstar and now Bellator lightweight, Roger Huerta graced the cover of Sports Illustrated. It was the first time that the publication put a mixed martial artist on the cover and it was at a time when Huerta was one of the top lightweights in the world. Many years later, a trip to Thailand and a race against father time has brought Huerta back to the main stage as he makes his return this Friday night against former UFC lightweight champion, Benson Henderson at Bellator 196: Henderson vs Huerta. “My time is running out in doing this,” explained Huerta. “I wanted to come back and fight in the bigger shows.”

Huerta is best know for his time in the UFC from his fights against Kenny Florian at UFC 87 and his 2007 Fight of the Year fight against Clay Guida. But it was his look and marketability level that made him a household name when he was picked to be on the cover of Sports Illustrated in a time that MMA was just beginning to become mainstream. And even with that fame and having fought all over the world, Huerta still doesn’t see himself as a pioneer of the sport. “Maybe shortly after all that I did and when mainstream media started covering it I was kind of in the forefront of all of that,” said Huerta. “But guys like Matt Hughes, Chuck Liddell and Vitor Belfort are who I think the pioneers of the sport are.”

Seven years have passed since Huerta has been in the Bellator cage and across from him on fight night will be former UFC lightweight champion Benson Henderson. This would normally be a tall order for anyone else making their return to the limelight, but Huerta’s last fight for the organization was against another former champion in Bellator and the UFC, Eddie Alvarez. “I think that Henderson is the old version of myself in a sense,” said Huerta. “He comes forward, he bangs and his cardio is ready.”

Whether this will be another run at the lightweight title or just Huerta fighting his last few fights before retirement, he wants to remind his fans of old and all the new eyes on the sport that he still can throw with the best of them. “I’m grateful to be here at the moment,” said Huerta. I put in a lot of work into this, fifteen years now. And if things go well, I see myself coming out of this unscathed and winning by TKO.”

Roger Huerta faces Benson Henderson in the main event of Bellator 196: Henderson vs. Huerta this Friday, April 6th live from the Nemzeti Sportkozpontok – Bok Hall in Budapest, Hungary. Main card is 9pm on the Paramount Network. 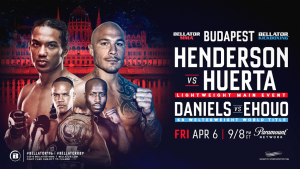