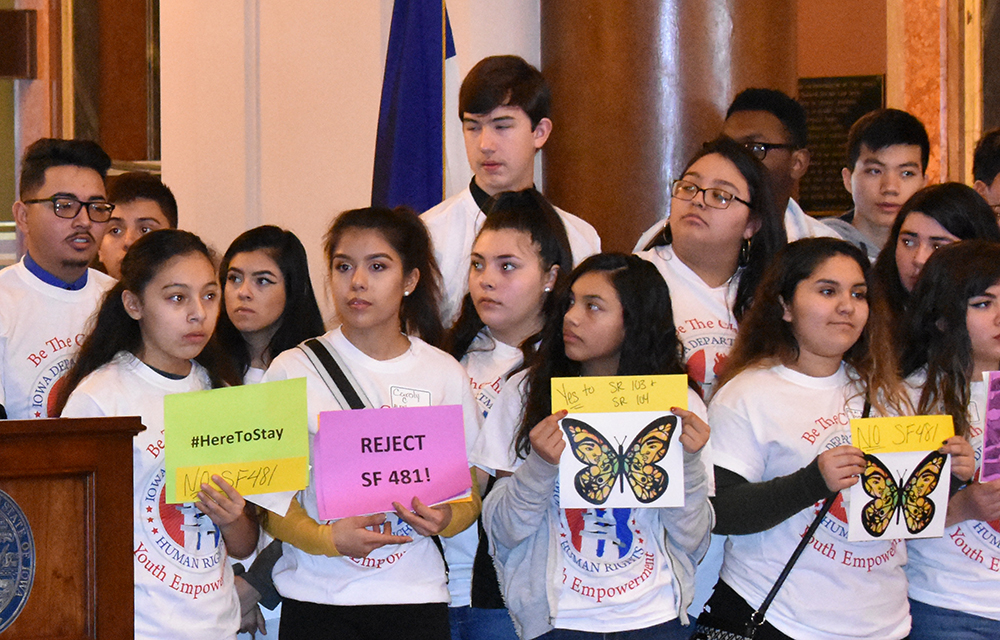 DES MOINES – The League of United Latin American Citizens Council 307 has announced its opposition to Senate File 481, known as the “Sanctuary Cities Bill.”

The bill, signed by Iowa Governor Reynolds today, prohibits local governments, cities or counties, from adopting or enforcing policies that discourage enforcement of immigration laws. It also would penalize those cities or counties that do by making them ineligible to receive any state funds.

“The statute is unconstitutional, and the most anti-immigrant legislation proposed to date in Iowa,” said Joe Henry, LULAC National vice president of the Midwest and President of Council 307.

Latinx Immigrants of Iowa has started an online petition to oppose SF 481. The petition now has more than 20,000 Iowans’ signatures against the legislation.

“Our businesses and community are against this bill that promotes hate, racism and lies against anyone who is different,” said Jose Alvarado, an organizer with Latinx Immigrants of Iowa. “Anyone who stands out as different will be targeted. This bill does not represent Iowa. It is not what a good Christian would do to another. We are all one under Iowa. Our races and colors should not divide us.”

Henry said the bill would result in further breakdown of trust between law enforcement officials and the immigrant community by creating more discrimination and victimization.

“LULAC will continue its fight against this hateful bill, working in coalition with community, religious, social justice and labor organizations and all legal means necessary,” he said.