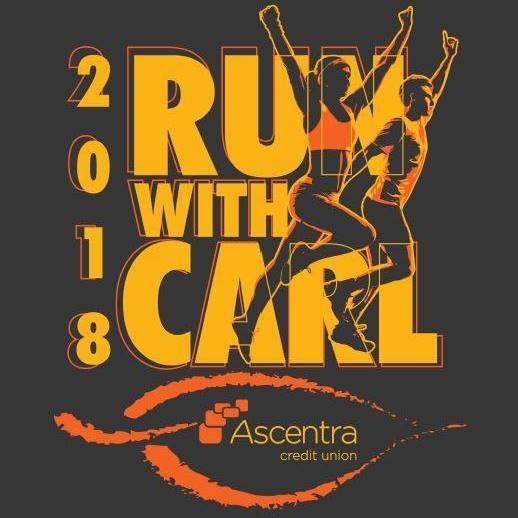 With just a few weeks left of summer, one way you know that fall is just around the corner is when the Run With Carl Annual Labor Day Run takes over Middle Road in Bettendorf, IA. Consisting of a ½ and 1 mile Children’s Fun Run, a 5K walk/run and a 5 mile run, there is something for everyone in this event that is celebrating its twenty-fourth year in the QC. “Run With Carl has become a staple for the QC running community,” said Co-Race Director, Sandy Hovey. “Because it is truly a family event and provides options for all skills from walkers, to joggers to those going for their personal best time.”

In 1995, this race was originally started to help fund the Carl D. Schillig Memorial Fund, a fund to help memorialize Schillig, who was a student at Pleasant Valley High School and at just fifteen years of age tragically passed away in a car-pedestrian accident while participating in a Civil War Reenactment in the Village of East Davenport, September 17, 1994. As of 2014, the Pleasant Valley School Foundation and Bettendorf School Foundation joined together to continue the race tradition that the Schillig family began in 1995. All proceeds raised funds scholarships and grants for area students. And along with the memory of Schillig, the tragic death of another Iowa runner earlier this month will be a point of conversation as well at this year’s race. “While Run With Carl was founded by the Schillig family to honor their son Carl,” explained Hovey. “This year there will be two runners on the minds of the race participants; Carl Schillig and Mollie Tibbets.”

As cool weather has unseasonably made its way into the Quad Cities the last few days, more of that type of weather seems like it will be here race morning. And if you have never ran in this race in the previous years, you can expect a scenic course with a large portion held on the recreation trails/bike path through Bettendorf. Cool weather, a great cause and the strong running community of the Quad Cities makes for a race event in the area that you don’t want to miss. “Every year, from runners to walkers to volunteers, we see new faces that become a part of this unique community race,” said Hovey. “And truly it is the people that make this a great event.”

For more information or to register for the Run With Carl Annual Labor Day Run on Monday, September 3rd visit, www.runwithcarl.com