What is a Temporary Visitor Driver’s Licenses (TVDL)?

The TVDL is an existing document that is now available to many foreign-born individuals living in Illinois. Since 2005, Illinois has issued TVDLs to individuals who do not have SSNs but who have lawful immigration status. Such individuals include foreign students, spouses and children of temporary workers, long-term visitors, and others who are not authorized to work under our immigration laws. Many of these individuals still need to drive on a regular basis to get to classes, shop, take their children to school, or attend to other family and personal business. SB 957 makes TVDLs available to undocumented motorists who also need to drive for these purposes.

TVDLs are visually distinct from regular licenses: TVDLs current use a purple color scheme, as opposed to the red scheme used for regular licenses. TVDLs are also clearly marked as “not valid for identification.”

Why TVDLs instead of regular licenses?

The federal REAL ID Act requires that states can issue regular driver’s licenses only to those individuals with lawful immigration status. Because they are visually distinct from regular licenses and are marked as not valid for identification, TVDLs already comply with REAL ID while still enabling undocumented immigrants to drive legally.

What requirements will applicants need to meet to get a TVDL?

To qualify for a TVDL, an undocumented immigrant must

When will TVDLs become available?

Where will applicants be able to apply?

Will applicants get a TVDL the same day as they apply?

No. The Secretary of State will need to review and verify the documents that get submitted with the application. SoS will then issue the TVDL from a central facility and send it to the applicant by mail.

Will the Secretary of State have enough resources to implement this law?

The Secretary of State estimates that its first-year costs to implement TVDLs would be approximately $800,000. SoS will therefore have enough money to pay for TVDLs if as few as 30,000 individuals apply (out of potentially 250,000), each paying $30 each.

Is the TVDL valid as proof of identity?

No—and as a result, the TVDL cannot be used for voting, getting a firearms identification card, boarding an airplane, or entering a federal building. However, hospitals, first responders, and others could still use the TVDL as a document to indicate the person’s name and address. TVDL holders could still provide passports and consular identification cards as proof of identity.

Could the TVDL be used as a bond card?

Yes. Drivers with TVDLs can produce the card as bond during a traffic stop, just as drivers with regular licenses can. They would get ticketed rather than being arrested (because they cannot produce bond) and ending up in the criminal justice and immigration enforcement pipeline. Police time and jail space will no longer be taken up with so many motorists who are arrested for driving without a license.

What happens if someone with a TVDL drives without insurance?

TVDL holders will be subject to all provisions of the Vehicle Code, including those requiring insurance coverage. In fact, anyone applying for any license, including a TVDL, must prove that the vehicle she is using for her road test is insured. Finally, if someone with a TVDL is stopped and cannot show proof of insurance, the TVDL becomes invalid, and the motorist can be ticketed for driving without a license.

If someone with a TVDL is stopped, will law enforcement know that the person is undocumented?

TVDLs will be available to both visa holders and undocumented immigrants, so law enforcement officers cannot assume that anyone with a TVDL is undocumented.

Does the TVDL grant any status to undocumented immigrants?

Immigration status is a matter of federal law. TVDLs issued under state law cannot convey any immigration status. TVDLs would do nothing more than enable undocumented immigrants to comply with our state’s traffic laws. 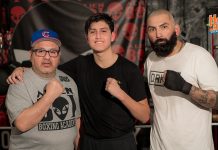 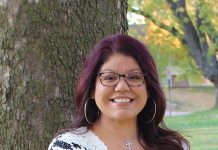 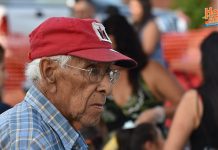