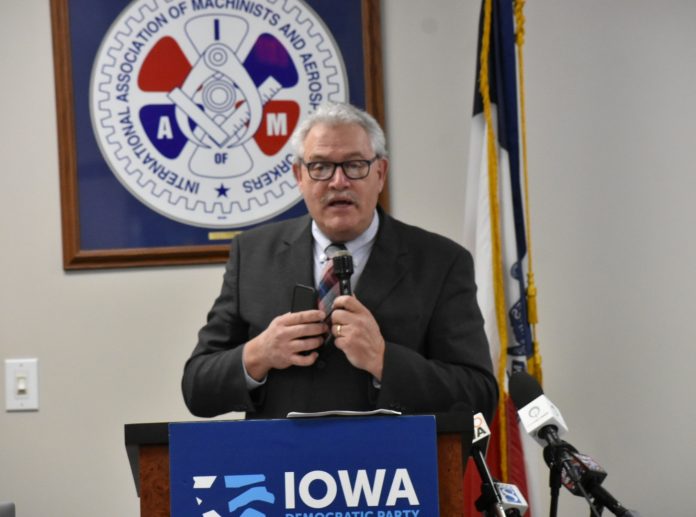 State representative Mark D. Smith has been selected the interim chair of the Iowa Democratic Party to replace Try Price who tendered his resignation earlier this week.

Four candidates total were nominated for this position. They were:

Mark Smith has served District 71 as the representative for 18 years. Last September he announced he would be retiring after finishing his current term.

“During these twenty years, we’ve gone through many changes in this legislative district. As we tackled changing demographics in our community, it has been important to me to be a voice of progress and equality.  We are communities that reflect the diverse faces of Iowa more than most communities.  We have been welcoming to new Iowans and now are rich, diverse communities.  From classes at the downtown learning center to the citizenship classes at United Food and Commercial Workers Hall, over many years, I saw the faces of new Iowans who are eager to be part of the American Dream.  We, in this legislative district, have offered those opportunities to thousands.” Mark Smith wrote in a letter to the Marshalltown Republican after he announced his retirement last fall.