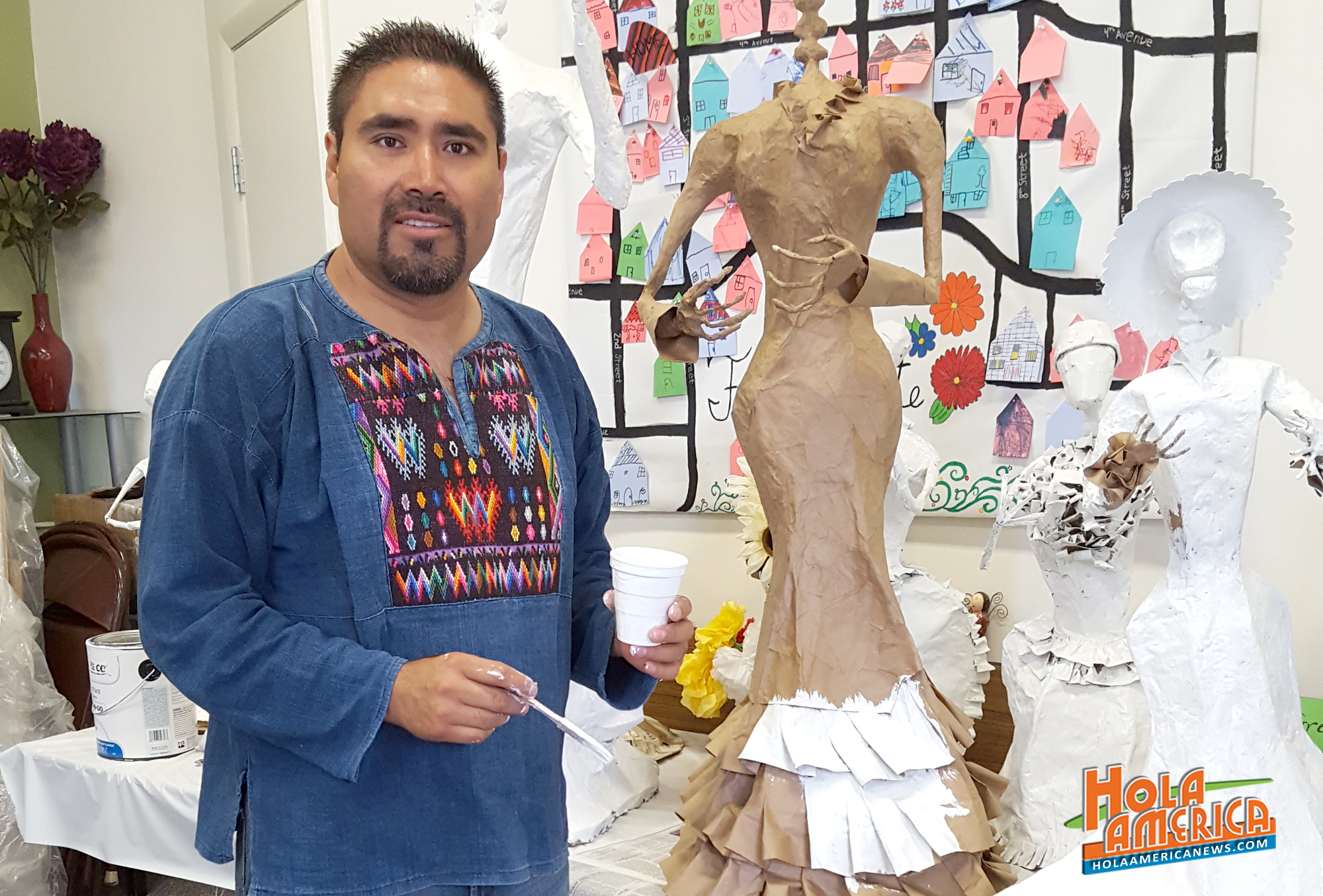 The Palomares center with the support of Adriana Gonzalez and the State Institute of the Guanajuatense Immigrant and Family Care Center brought the “cartonería” (cardboard) artist Juan Hernandez of San Jose Iturbide, Guanajuato, Mexico for a week to give an intensive workshop on how to build Catrinas from cardboard in celebration of the Day of the Dead.

Juan Hernandez is an Artesano (artisan) of several generations. His grandfather Don Cornelio Hernandez started cartonería in his municipality and his son, Juan’s father, followed on his footsteps. Both were Castilleros (cueteros) they did all the fireworks shows across the region of San José.

Juan Hernandez left his profession for several years after the death of his father and grandfather in an accident in a big fire where they, along with 5 other workers, were killed. 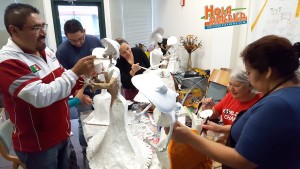 In the year 2000 Hernandez took up once again his artistic profession and since then there as been a revival of cartonería in San Jose. Three years ago he created a monumental nativity set with giant pieces with the Saints measuring more than 3.5 meters (11.5 feet) tall and the largest piece being the elephant of the wise men that measured more than 4 meters tall (13 feet). In 2014 he made the world’s largest Catrina made out of cardboard.

Palomares families signed up quickly and every afternoon met for hours to learn this art of paper and board and how to make their own Catrinas. Hernandez mentioned that this workshop usually lasts 30 days therefore the reason for doing a crash course in just one week.

“The intention is to teach them the most I can and then they can put it into practice” Hernandez said.

You can see the exhibition of Catrinas created by the families of Palomares at their Center in the Floreciente Neighborhood and at Mercado on Fifth in Moline this Friday October 28 when the Mercado will have its celebration of Day of the Dead starting at 5pm.

The Catrina has become a symbol that has united the Mexican and American cultures through art.

“La Catrina is an element that has given us Mexicans an international identity” Hernandez added.