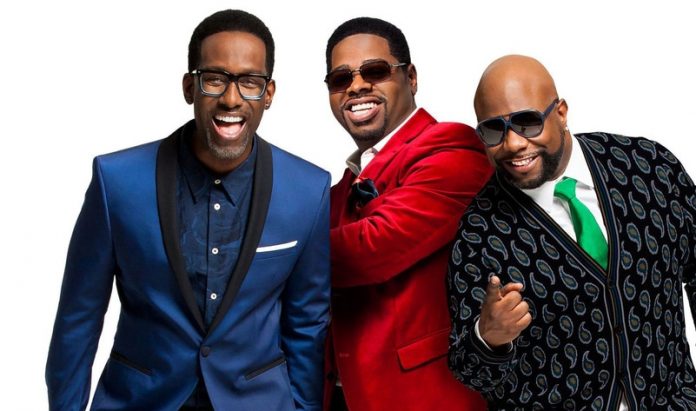 Rhythm City Casino Resort is pleased to announce Boyz II Men will be performing on the Event Center stage Sunday, June 27, 2021 at 8 PM. Tickets for this show go on sale Friday, July 17 at 10 AM CST. This show is a reserved seating show with prices ranging from $45 to $90. Tickets can be purchased online at rhythmcitycasino.com, by phone at 844-852-4FUN or in person at The Market gift shop inside Rhythm City Casino Resort.

Boyz II Men remains one of the most truly iconic R&B groups in music history. The group redefined popular R&B and continues to create timeless hits that appeal to fans across all generations, the band has penned and performed some of the most celebrated classics of the past two decades. The group’s four Grammy Awards are just the tip of the iceberg: throughout their 25-year career, Boyz II Men have also won a whopping nine American Music Awards, nine Soul Train Awards, three Billboard Awards, and a 2011 MOBO Award for Outstanding Contribution to Music, a star on the Hollywood Walk of Fame, and a Casino Entertainment Award for their acclaimed residency at the Mirage Resort and Casino in Las Vegas, which has been ongoing since 2013.

Boyz II Men’s past hits include: “End of the Road,” “I’ll Make Love to You,” “One Sweet Day,” “Motownphilly” and many others. And their recent albums have earned them major critical acclaim as well. Their Decca label debut, Motown: A Journey Through Hitsville USA (Decca/Universal), on November 13, 2007 earned them two Grammy Nominations.

Beyond making music, giving back is also important to Boyz II Men – the group has its own charity called Boyz II Men House which lends support to individuals and organizations that focus on improving quality of life and helping to unlock human potential, while contributing to the health and vitality of those less fortunate.

In the fall of 2017, the group released a Doo-Wop album, Under The Streetlight. Last year the group released, If You Leave Me Now, a hit song with singer/songwriter Charlie Puth. They opened up for Bruno Mars on his 24K Magic Tour in select cities in the U.S in 2018. In 2019, Boyz II Men was be featured in a film starring Charlize Theron and Seth Rogen called “Long Shot”.