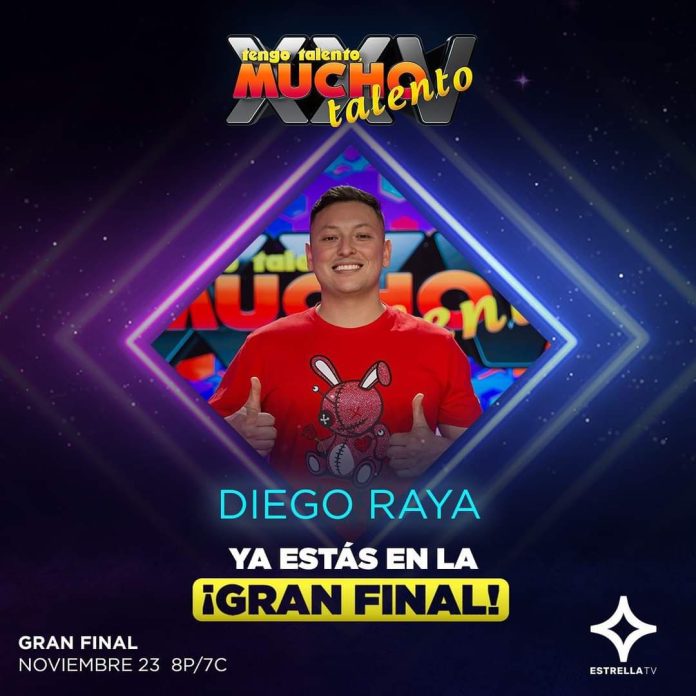 Diego Raya,  the urban artist known as Blue Malboro, has made it to the finals in the international Spanish talent show “Tengo Talento Mucho Talento” broadcast on the Estrella TV network.

Diego Raya originally from Puerta del Monte,  Guanajuato, migrated to Moline, IL with his mother and brother when he was only 12 years old.

Raya decided to try out for the TV show thanks to the encouragement of his brother. And now he is delighted that he has made it to the finals.

“It feels amazing I really didn’t think I was going to make it this far and seeing the support of all the people it’s great” Raya said grateful for the big support he has received from the people of the Quad Cities voting for him.

To make it to the final round he needed to be voted in by the fans through phone calls, texts or voting online at estrellatv.com

“From the bottom of my heart I thank every single one of them. It’s amazing how they believe in me and It’s a pleasure for me to represents the Quad Cities and everyone that supports me” He added.

The finals show is next Tuesday at 7pm on Estrella TV. If you don’t have the channel you can watch it online at Estrellatv.com and don’t forget to vote afterwards to support Diego Raya Blue Malboro.